Ali Afshar ESX Entertainment Forrest Lucas by Caroline Russo | on July 16, 2015 | 0 comments | in Whats the Buzz | Like it 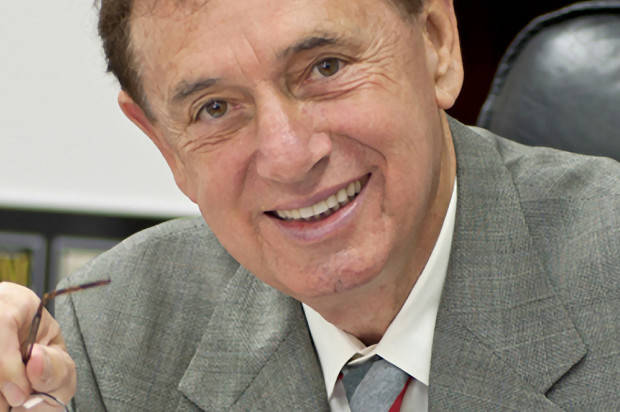 Lucas and Afshar’s ESX Entertainment will be the parent company under which various labels specifically tailored to feature films, television and digital content will operate. As such, Ali Afshar’s pre-existing ESX Productions will fold into the company with a feature film slate that includes the upcoming film “The Wrong Side of Right” – a social issue drama starring Lea Thompson, James Remar, Allison Paige and Jayson Blair; and “The Wizard” – a heartfelt coming of age story of perseverance in the face of adversity, starring Jon Voight, William Fichtner, Gabriel Basso and Afshar. 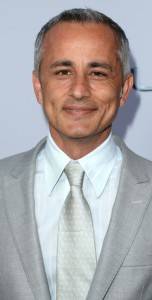 ESX Entertainment is the first foray into the feature film business for Lucas, whose own inspiring ‘rags to riches’ story serves as the impetus behind the creative mantra of the company and guides the initial slate of inspirational films that support the American way of life and the American dream tied to Lucas’ “Protect the Harvest” – a non-profit organization that helps to protect and educate the public about hunting, farming, ranching, and pet ownership. The first of these films being released is “The Wrong Side of Right.”

ESX Entertainment’s initiatives are supported by a media fund backed by Lucas, which allows ESX to not only finance the production of feature films, television series and digital content, but also provide P&A funding.

Under the stewardship of Afshar, ESX will develop/finance/produce anywhere from three to six projects a year across feature films and digital/television series. Budget ranges will vary depending on the size and scope of the individual projects. Lucas and Afshar will commit capital and resources to top filmmakers and showrunners, enabling them to make films and series that are competitive in the global marketplace.

Said Afshar, “Forrest and I could not have come from more different places or traveled more different roads to get where we are today, yet we feel like we are cut from the same fabric and have a shared sense of values that make this venture very meaningful to both of us. The structure of our company reflects how the industry is working today. Forrest and I are inspired by stories with motivating messages yet are highly entertaining across all platforms. We are thrilled to take on this exciting new endeavor together and work creatively and collaboratively to build something very special.”

“For me, venturing into the film business is not about money, glamour or fun,” said Lucas. “It’s about being able to deliver messages and having a viable vehicle to do so. I’ve known Ali for a while and have tremendous respect for his approach and dedication to the business and have faith in him as the leader of ESX.”

On the TV side, Lucas already owns the cable network MAVTV which airs motorsports programming, King of the Cage and a variety of other programs and movies as well , which is currently available in more than 50 million US homes. Purchased in 2011, Lucas has steadily been adding original scripted programming and unique reality TV concepts targeting the typical middle class, working American family that has an interest in action, adventure, music performances and an active lifestyle – all suitable for family audiences.

ESX began as an automotive performance and racing team founded by Afshar. Under the ESX banner, Afshar raced for Subaru of America for over seven years. During this span, ESX became a 2-time NHRA National & World Champion Team, 18 time NHRA event champion, 2005 Rally America Champion (with Rocket Rally) and a world record holder.

After years of racing and also acting (Afshar’s film credits include “Three Kings,” “Godzilla” and “The Siege” while TV credits include “King of Queens” “JAG” and “NCIS” ), Afshar turned to producing movies and created his first full length feature titled “Born To Race” – a teen action film in the vein of “Fast and Furious” meets “Friday Night Lights.” Afshar tapped into his rich auto racing history and brought dozens of sponsors to support him in this film including, Subaru of America, NHRA, Pep Boys, Injen and more. “Born To Race” surprised audiences and exceeded sales around the world thus, the second producing endeavor in Afshar’s auto based films titled “Born to Race: Fast Track” was green lit. Afshar has a larger role in this film and acted alongside a great group of young actors including Diogo Morgado and Beau Mirchoff.

Forrest Lucas’s humble beginnings started in Southern Indiana’s Jackson County. Forrest was working two jobs trying to build his own trucking company. He was fed up with equipment breaking down and it was then that he realized he needed to develop better oil products. Lucas Oil Products was born.

It wasn’t long before Lucas hit the road selling his newly created products with his wife Charlotte beside him. They pushed the Lucas Oil products nationwide. It worked and the business has grown ever since.

Said Lucas, “This is real rags to riches. We were broke. We put everything we had into this business. Every penny, but we never went in debt.” Fast forward 20 years and now Lucas is the President and CEO of a multi-million dollar company with plants in Indiana and California, that sells product world wide.

In 2006 Lucas bought the naming rights to Lucas Oil Stadium where the NFL’s Indianapolis Colts play their home games. Whether he’s glad-handing guests at an Indianapolis Colts game or hiking through barns on his cattle ranch, Lucas says new acquaintances always turn the conversation to his improbable life story.

“Everybody asks, ‘How did you do it?” His answer, tied to a difficult upbringing in Southern Indiana: “You have to grow up really poor to have the willpower to do what I’ve done.”

Forbes Magazine estimated last year that Lucas’ privately held company is now one of the world’s largest makers of automotive lubricants, additives and greases — selling its line of more than 100 products across the United States and abroad.

He and his wife own a prosperous Missouri cattle ranch and racetracks in Missouri and California.