A PLACE TO CALL HOME AACTA awards in tv china girl FOXTEL lifestyle channel by Caroline Russo | on October 30, 2017 | 0 comments | in Film Awards | Like it

Foxtel congratulates the nominees from its critically-acclaimed event series, Top of the Lake: China Girl for scoring an impressive 11 nominations for this year’s 7th AACTA Awards.

Foxtel’s Executive Director of Television, Brian Walsh, said: “Foxtel and our production partners, BBC and See Saw Films, are thrilled that our principal drama commission for 2017, Top of the Lake: China Girl has been recognized across so many categories in this year’s AACTA Awards.

‘Top Of The Lake’ was the highlight of Foxtel’s drama slate for this year. To scoop some eleven nominations for one series alone and in such highly competitive categories, is a testament to the craftsmanship and extraordinary talent of the artists involved on both sides of the camera.

“Local drama just keeps going from strength to strength and we are proud to bring great Australian stories to the screen,” he said. 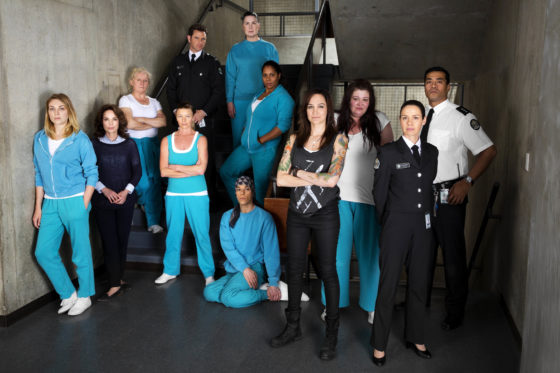 Rounding out the nominations is two of the Lifestyle channel’s highest-rating series, Selling Houses Australia and Grand Designs Australia, both nominated for Best Lifestyle Television Program.

Foxtel is the Presenting Partner of the AACTA Awards, which will be held at the Star Event Centre in Sydney on December 6, 2017.

Hailed as the Australian film and television industry’s night-of-nights, the AACTA Awards celebrate and honour the greatest achievements of our screen industry throughout the year.

For further information on the 7th AACTA Awards presented by Foxtel and to view the full list of nominees, please see attachment or go to www.aacta.org