FOXTEL Shahs of Sunset US STREAM by Caroline Russo | on January 25, 2020 | 0 comments | in Entertainment | Like it 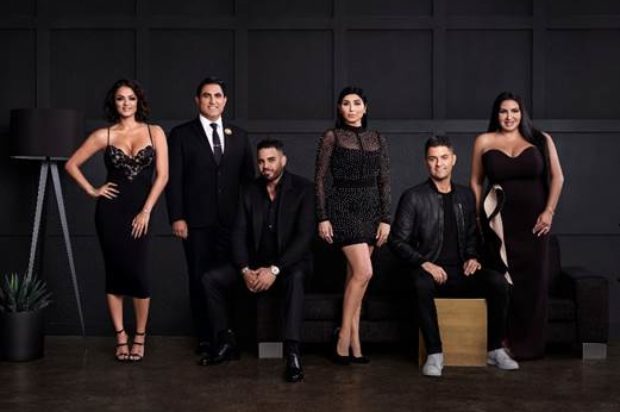 LA’s favourite Persian socialites are back for another season of wild antics and dramatic misadventures, when Shahs of Sunset returns, launching same day as the US on Foxtel.

Shahs of Sunset season 8 will be available to stream on Foxtel same day as the US, from Monday February 10 and screen on Arena at 2:30pm with a primetime encore at 9:30pm AEDT.

In season eight, Reza finds himself at a crossroad in his personal life when he discovers that he and his husband Adam might not be on the same page about a major life decision. To add to this, as rumours questioning the stability of their relationship begin to swirl, Reza is shocked to find that his best friend of 30 years might be the one to blame for the hearsay and his journey to uncover the truth changes everything.

After nearly losing her life delivering her baby boy, Shams, Mercedes is left feeling abandoned by her friends who she claims did not visit her in the hospital. When the offended Reza decides to air his grievances on social media and takes it too far, Mercedes’ husband Tommy does the unthinkable.

Mike is on top of the world and convinced that he’s found “the one” in his Persian-Jewish girlfriend, Paulina. Looking to prove to his family that his former bad-boy ways are behind him, he pursues a potential multi-million-dollar real estate deal solo despite his parents’ reluctance to step back.

A more mature Golnesa is finally ready to transition into the next phase of her life, and she embarks on a journey to become a mother via IVF. When a health complication threatens to derail her dream, she attempts to manifest good karma with those around her – but it proves difficult as she continues to clash with Mercedes.

On the surface, Destiney is thriving in every aspect of her life: a growing business, healthy personal life and solid plans for her future. As she struggles to cope with her mother and sister moving out-of-state, she finds herself embroiled in a series of questionable circumstances that threaten her friendships within the group.

Newly-single Nema is ready to mingle but finds it difficult to let go of his past with former girlfriend – and current colleague – Erica. While his relationship with his parents remains an ongoing struggle, Nema attempts to help Reza and MJ confront their issues and inadvertently causes a rift of his own.

Reza’s friend Sara is new to the group and though she attempts stay above the fray, she struggles to find her footing amongst the rambunctious crew. When skeletons from her past and issues with her family come to light, the poised image she tries so hard to maintain starts to crack.

Shahs of Sunset season 8 will be available to stream on Foxtel same day as the US, from Monday February 10 and screen on Arena at 2:30pm with a primetime encore at 9:30pm AEDT.