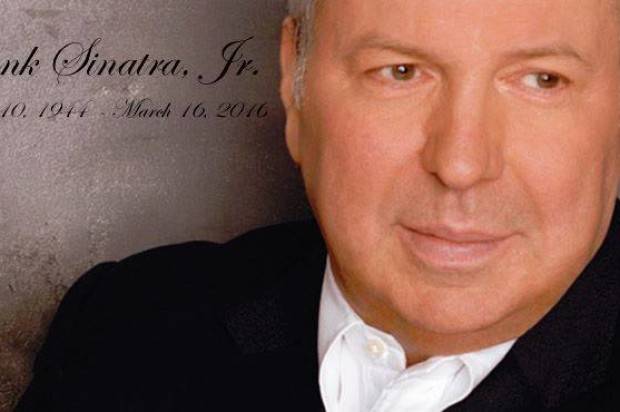 It was announced sadly by his manger Andrea Kauffman.that the son of the legendary entertainer who had a long musical career of his own, died at the age of 72 of cardiac arrest in Florida.
A statement by his sister Nancy Sinatra on social media today said.
The Sinatra family mourn the untimely passing of their son, brother, father, uncle, Frank Sinatra, Jr. of cardiac arrest while on tour in Daytona, Florida.
January 10, 1944 – March 16, 2016
Sleep warm, Frankie…

Tributes are now coming in from entertainment world and close family and friends.

Tony Bennett ✔‎@itstonybennett on twitter messaged
I am deeply saddened to hear of the passing of Frank Sinatra Jr and send my sympathy to Tina and Nancy and the Sinatra family.

Sinatra’s father, 82, died in 1998 of a heart attack. Sinatra Jr. is survived by his sisters, Nancy and Tina Sinatra, and a son, Michael Sinatra.