APPS TO HELP brain health early dementia by Caroline Russo | on October 12, 2022 | 0 comments | in Daily News and Updates | Like it 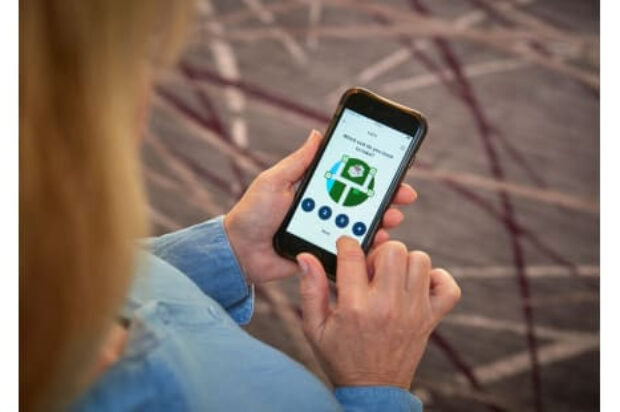 Dementia Australia has today launched a free mobile app, BrainTrack, that helps people to privately monitor and better understand suspected changes in their cognition over time. If they have concerns, they can then share the results with their GP and use it as a conversation starter to support an earlier dementia diagnosis.

“Users are prompted to log-in monthly to play the games and within the app can easily generate a pdf report of the results that can be emailed to their GP,” Ms McCabe said.

“While not intended to replace a formal cognitive assessment, BrainTrack supports the early identification of cognitive changes over time that may warrant further testing.”

Encouraging people to talk to their GP as soon as they have concerns may lead to an earlier diagnosis of dementia which then empowers and enables people living with dementia, their families and carers to better understand dementia and to manage their diagnosis on their terms.

“I encourage everyone interested in exploring more about their brain health to download BrainTrack and for GPs and other treating healthcare professionals to encourage their patients who have concerns about their cognition to do so too,” Ms McCabe said.

“With up to half a million Australians living with dementia – which is projected to increase to 1.1 million people by 2058 – improving early diagnosis must be a priority.”

Dementia Australia Honorary Medical Advisor Associate Professor Michael Woodward AM, Director and Clinical Head of Aged Care Research and Director, Memory Clinic for Austin Health said the right support at the right time can enable people with dementia to maintain their independence and functional capacity for as long as possible.

“By assessing physical and cognitive issues they can provide interventions to support the maintenance of current strengths and capacities, improve skill acquisition and promote recovery, enablement and rehabilitation.

“The more GPs and healthcare professionals know and understand about dementia and how Dementia Australia’s support and programs, including post-diagnostic services, can wrap around their patient, the better the system and health care experience will be for all.”

Isabelle Burke cared for her mother, whose diagnosis experience stretched out over many years, impacting on her mother Christine’s quality of life and that of her brother and sister.

“Mum was misdiagnosed for many years and later prescribed antipsychotics which added to the issues,” Ms Burke said.

“If we had known it was dementia, we would’ve been able to get the right support earlier for our Mum and spend her final years cherishing our time with her creating memories together. Instead by the time she was diagnosed she required full-time care and sadly, died aged just 59 in 2019.”

Andree Ernst is a Dementia Advocate and has experienced gradual cognitive decline since being diagnosed with grand mal epilepsy. Andree has already downloaded the app and started on its tasks.

“I plan to continue to check-in with BrainTrack and show the results to my GP to help demonstrate my experience with memory problems that I currently struggle to monitor for myself,” Ms Ernst said.

BrainTrack was developed with the Applied Artificial Intelligence Institute (A²I²), Deakin University and funded by the Australian Government.

BrainTrack has been awarded a research grant by the Medical Research Future Fund – Dementia, Ageing and Aged Care initiative which will evaluate its use and whether it’s associated with improvements in knowledge and help-seeking in relation to brain health.

Professor Alison Hutchinson, School of Nursing and Midwifery and Director of the Centre for Quality and Patient Safety Research in the Institute for Health Transformation, Deakin University said to be able to explore delaying decline, dementia needs to be diagnosed early.

“However, up to 76 per cent of Australians diagnosed with dementia have already advanced beyond the early stage by the time of their diagnosis,” Prof Hutchinson said.

“If we find using BrainTrack increases awareness of brain health and prompts individuals to seek help for cognitive concerns then many vulnerable Australians may be supported earlier.

“There is also an opportunity offered on downloading BrainTrack to consider volunteering to contribute to research about the app and its impact.”

BrainTrack was officially launched today by the Hon Mark Butler MP, Minister for Health and Aged Care in a Meet the Ministers Webinar hosted by Dementia Australia.

BrainTrack is available for download for free through the Apple App Store or Google Play. For more information, please visit dementia.org.au/braintrack-app or call the National Dementia Helpline on 1800 100 500.