MC4 will include both of French’s new singles: ‘Lockjaw’ featuring Kodak Black and ‘Figure It Out’ featuring Kanye West and Nas.

French Montana has also been tapped as one of the headliners on this summer’s all-star 25-city Bad Boy Family Reunion Tour. French will join Puff Daddy, Lil’ Kim, Mase, Faith Evans, Mario Winans, 112, Total, Carl Thomas And The Lox for the 6-week North American tour, which opens August 25th at Schottenstein Center in Columbus, OH, and wraps up at Oracle Arena in Oakland, CA, on October 8th.

French’s signing to the new Bad Boy Entertainment/Epic Records partnership was jointly announced in May by Bad Boy founder Sean ‘Diddy’ Combs and Epic Chairman and CEO LA Reid. The signing was heralded by the release of ‘Figure It Out’, the track being first introduced earlier this year on WAVE GODS, Montana’s most recent COKE BOYS mixtape. 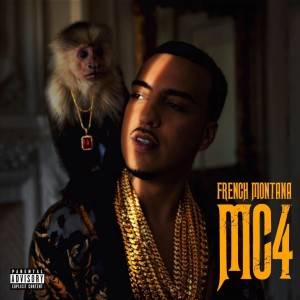