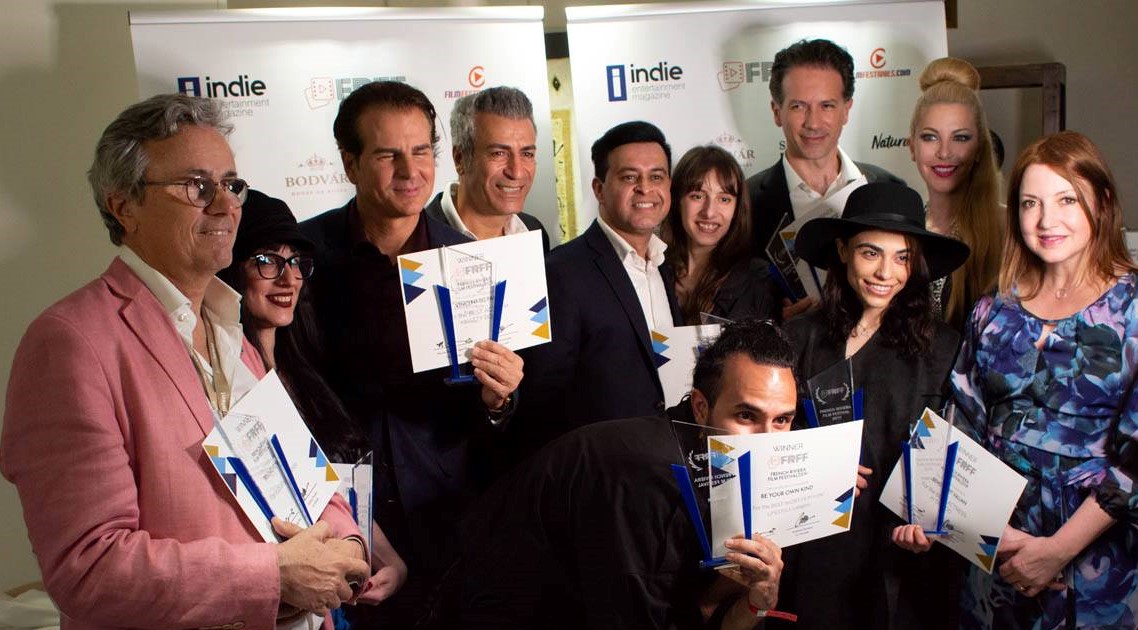 In celebration of short film and short-form content from around the globe, French Riviera Film Festival (FRFF) will present select winning and finalist shorts from its 2019 competition, online at www.frenchrivierafilmfestival.com, beginning March 27 through April 30, 2020. Each day a new film will be uploaded throughout the online festival.

“During this trying time in all of our lives, we wanted to share these quality, artistic works by the winners and finalists of the inaugural year of our festival,” said festival co-founder, Nicole Goesseringer Muj.

“Film lovers who could not attend the festival in Cannes last year can now watch and enjoy the works by some of today’s most talented international filmmakers, all from the comfort of their own homes,” adds co-founder Gotham Chandna.

FRFF 2019 winners:
Drama -Tattoo: A young Iranian woman only wanted to renew her driver’s license, but when the officials noticed a scar on her wrist and her tattoo, they began looking at her with suspicion. 2019 Berlinale Crystal Bear Winner. (Director: Farhad Delaram, Country: Iran)

Sci-Fi/Horror – The Desolation Prize: A gothic horror that draws its inspiration from old Hammer Films, and the works of Val Lewton, Robert Wise and Jack Layton, combining them all into a sort of John Carpenter aesthetic. (Director: Shane Day, Country: Canada)

Animation – The Tree of Lost Souls: An introverted 11 year old girl uses her imagination as a refuge from the world around her, a world that has been falling apart around her. (Director: Laura Zamora, Country: Spain)

Documentary – A Grand Journey: Kira, who was born with a disability, embarks on a unique, but incredibly relatable, journey to climb the iconic Grand Teton. (Director: Amon Barker, Country: USA)

Experimental – Fictional Characters: Hans is just starting to discover the world. Gretel is a teen, feeling rage to everything. Everyone is in love with the Witch searching for their “virtual I” and trigger for transformation. (Director: Ivana Noa, Country: Belgium)

Lifestyle – Be Your Own Kind: A young man meets a woman with an abusive past, they fall in love at first sight. (Directors: Amir Zargara, Christian Lat, Country: Canada)

First launched last year during the time period of the Cannes Film Festival in 2019, the exclusive, intimate festival recognizes and celebrates short-form content created for film, television, Web and all digital platforms. FRFF invites filmmakers from around the world to participate in the two-day, by invitation only event that includes screenings, gala receptions and a closing awards ceremony. Attendees and participants include filmmakers, industry executives, celebrities, media and influencers.

In response to the growing concern worldwide about the covid-19 pandemic, FRFF producers Cloud21 International and Kultura PR International recently announced that the second annual edition of the festival will be rescheduled this year to June 8 and 9, 2020* with screenings at Laemmle Film Center in Santa Monica, California and exclusive parties and an award ceremony at S Bar Brentwood. FRFF will also feature the out-of-competition, world premiere of the short Characters, by director Kevin Asch and starring Danny A. Abeckaser (The Irishman), Lukas Haas (The Revenant) & Sara Foster (90210).

Filmmakers and content creators can submit their films for the 2020 festival at a 20% discount, using code FRFF20A through April 30, 2020 at: https://filmfreeway.com/FrenchRivieraFilmFestival.