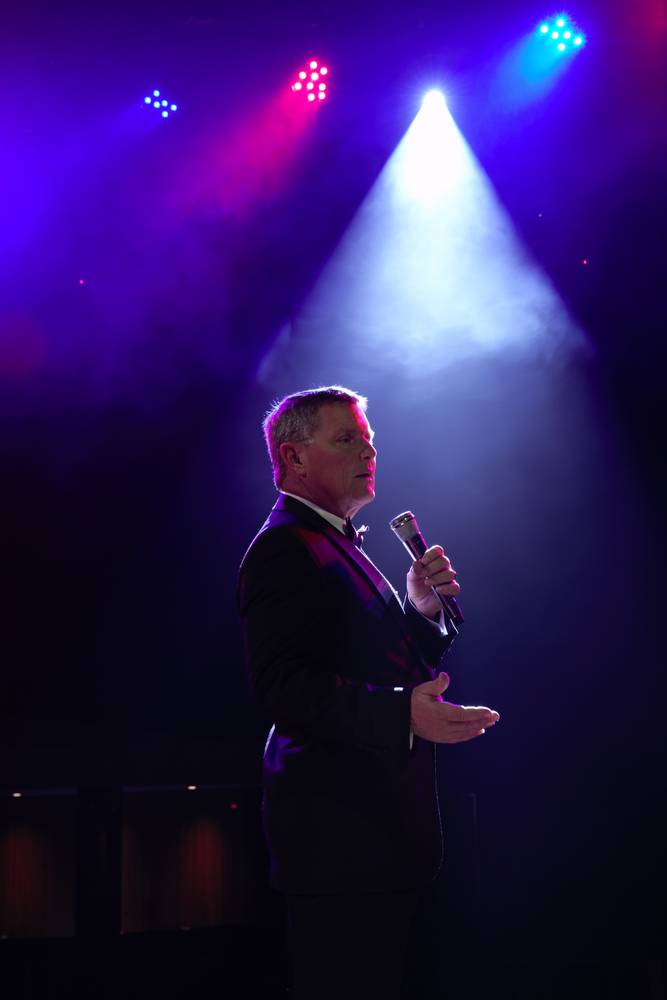 Australian star of the stage and screen Tom Burlinson will serenade audiences with Sinatra at the Sands in Queensland Performing Arts Centre’s (QPAC’s) Concert Hall on Friday 12 June 2015.

Accompanied by his All Star Big Band, Tom Burlinson will sing all the wonderful songs from Sinatra at the Sands, the sensational recording of Sinatra in his prime, including such hits as Come Fly With Me, I’ve Got You Under My Skin, One For My Baby, and many more.

Renowned for his smooth style and astonishing performance skills, Tom Burlinson has proven that he is one of the best in the world at Sinatra-inspired singing.

The 1966 album, Sinatra at the Sands was recorded live at the Copa Room of the Sands Hotel and Casino in Las Vegas. It was accompanied by Count Basie and his orchestra and conducted and arranged by Quincy Jones.

The album has been described as ‘brilliant’, ‘incredibly exciting’, and ‘simply the best’ by critics across the world, and this special performance by Tom Burlinson promises to be nothing short of a swinging sensation.

Don’t miss this wonderful new show as Burlinson brings back all the everlasting songs and pays tribute to the marvellous musical legacy of Frank Sinatra.

Sinatra at the Sands is presented by QPAC in association with Queensland Cabaret Festival for one night only on Friday 12 June at 8.00pm. To book go to www.qpac.com.au or phone 136-246.