FUNDRAISER FOR VICTIMS OF GREECE AT GREEK CLUB

charity Greece greek club greeks by Caroline Russo | on July 26, 2018 | 0 comments | in Daily News and Updates | Like it 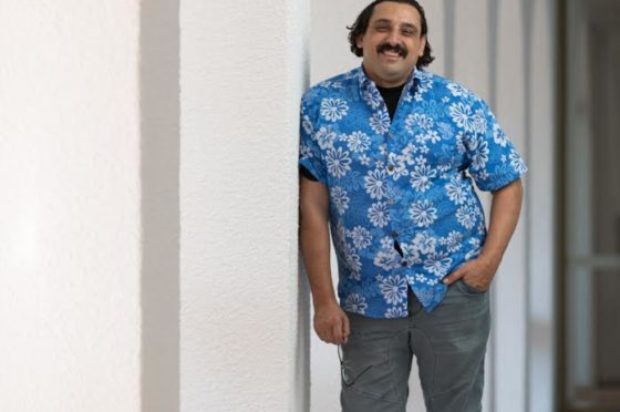 Dinner for Greece announced at The Greek Club

“This is what Australians do so well – we dig deep to help others, and now our Greek friends need our help. And help we will.” David Tsirekas

In the wake of the ravaging wildfire epidemic blazing across Greece’s coastline, The Greek Club, in conjunction with the Greek Orthodox Community of St George has announced it will host an exclusive six-course Greek Banquet with matched wines to raise funds for those affected by the natural disaster.

The Greek Banquet will be designed, prepared and hosted by master Greek flavour-maker and internationally acclaimed Greek Chef, David Tsirekas, on Friday 10 August from 7pm, and feature several of his signature dishes.

The six-course banquet will be accompanied with matched wines and highlights the Greek community’s commitment and focus on giving back to their heritage and supporting others. The cost of this exclusive Greek Banquet is $120 per person, with all profits going direct to the Greek Red Cross in aid of the Peninsula of Attica wildfire victims.

The Greek Orthodox Church of St George is also hosting a special service to honour the victims on Sunday 29 July from 8am.

ABOUT CHEF IN RESIDENCE, DAVID TSIREKAS
David Tsirekas joined Nostimo Restaurant Bar as Chef in Residence upon its opening in June 2018. Sydney’s acclaimed 1821 is also under David’s culinary baton, meaning he splits his time between both states while serving high quality, innovative dishes that always deliver on flavour, yet remain authentic and true to Greek flavours. David works hand in glove with the kitchen team on opening menus, signature dishes and dining experiences and is resident at Nostimo Restaurant Bar every month.

About Nostimo Restaurant Bar
Located in the heart of Brisbane’s rich and vibrant Greek community in West End, Nostimo Bar & Restaurant is a stunning modern interpretation of a traditional Greek dining experience. It seats 75 diners in the restaurant and 85 on its terrace which overlooks the Brisbane city skyline. The restaurant features white rendered walls, over 15,000 cascading worry beads, thatched ceilings and terrazzo finishes – celebrating the look and feel of the Greek Islands. Nostimo is open for lunch Monday to Sunday, dinner Monday to Saturday and is available for exclusive bookings.