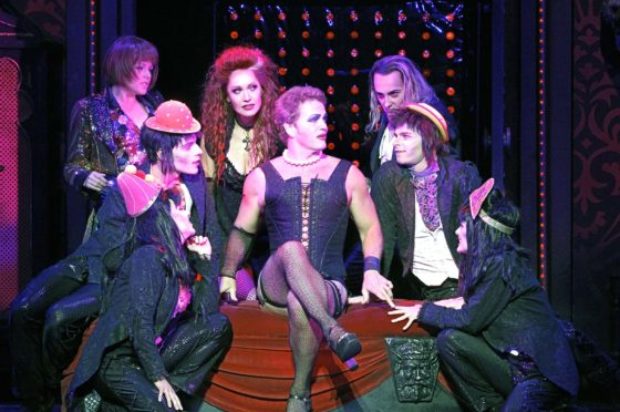 Producers Howard Panter, John Frost and GWB Entertainment today announced additional cast members for the 2018 Australian tour of the world’s favourite rock and roll musical. Richard O’Brien’s The Rocky Horror Show will re-open the refurbished Festival Theatre at the Adelaide Festival Centre from 28 December 2017, then play at QPAC, Brisbane from 18 January 2018, and the Crown Theatre, Perth from 17 February 2018.

Television and theatre star Craig McLachlan will don Frank N Furter’s legendary fishnet stockings in his Helpmann Award-winning role. Joining him will be Kristian Lavercombe who astounded audiences in the 2014/5 tour as Riff Raff, musical theatre favourites Amanda Harrison (Wicked, We Will Rock You) as Magenta, Nadia Komazec (Matilda, The Phantom of the Opera) as Columbia and Brendan Irving (The Bodyguard, An Officer and A Gentleman) as Rocky, alongside Adam Rennie (Jekyll & Hyde, Love Never Dies) as Eddie and Dr Scott.

Playing the roles of Brad and Janet, the naïve young couple caught up in a situation they don’t understand, will be Rob Mallett (Les Misérables, Singin’ In The Rain) and Michelle Smitheram (Dream Lover – The Bobby Darin Musical, Georgy Girl).

Also joining the cast will be Bianca Baykara (The King & I, Priscilla Queen of the Desert), Ross Chisari (Aladdin, Man of La Mancha), Hollie James (My Fair Lady, Carrie The Musical), Hayley Martin (Anything Goes, Singin’ In The Rain), Stephen McDowell (Jesus Christ Superstar, Mary Poppins) and Geoffrey Winter (The Bodyguard, Into The Woods).

“We are thrilled with this exciting new cast for The Rocky Horror Show. With Craig leading this wonderfully talented group of performers, this is sure to be an even wilder and sexier night out than ever before,” said the producers. “After the huge success of the last tour, we received so many requests asking when everyone’s favourite rock and roll musical was returning. To say we are thrilled to dance the Time Warp across Australia again is an understatement. Theatregoers should give themselves over to absolute pleasure before madness takes its toll!”

“STILL THE FUNNIEST AND SEXIEST SHOW AROUND” – London Evening Standard

So give yourself over to absolute pleasure, and let’s do the Time Warp again.