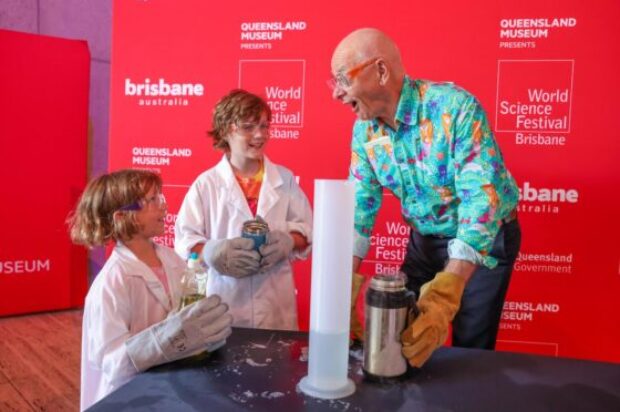 World Science Festival Brisbane is set to stimulate curious minds in 2022 when science and art join forces to explore possibilities for the future.

Brisbane transforms into a city of science with interactive art and science installations, engaging conversations with leading scientists and experts and a curated program of free and ticketed events across the five-day Festival from 9 to 13 March 2022.

With its dynamic mix of scientific surprises and fun discoveries, World Science Festival Brisbane’s 2022 theme is ‘Science, People, Heart’, investigating how science, creativity and art are shaping a brighter world and humanity’s willingness to embrace it.

Visitors will be inspired by real science, for real people and have the chance to ask real questions on health, the great space race, palaeontology, marine archaeology, ethics and much more.

2022 also marks the return of crowd favourites The Hatchery: Turtle Conservation Experience at Queensland Museum, City of Science free family science fun and a digital program allowing audiences from around the world to join in and listen to leading experts discuss a range of topics.

Queensland Museum Network CEO Jim Thompson said this year the Festival would traverse an extraordinary scientific and creative journey with new experiences and the return of some much-loved favourites.

“This year, with the addition of Curiocity Brisbane, audiences will have the chance to revel in science that thrills and challenges, explore interactive art installations, take part in dynamic talks and engage in loads of family fun,” Dr Thompson said.

“Arts and science are similar in that they are expressions of what it is to be human in this world. Both are driven by curiosity, discovery and the aspiration for knowledge of the world or oneself.

“Now, more than ever, it’s important that visitors have the opportunity to explore subjects and stories that also influence people’s understanding and opinion on a range of topics, from science and history facts to social debates and discussions.”

Minister for the Arts Leeanne Enoch said the collaboration between arts and science weaves a story that has been told for thousands of generations and is the key to engaging our future.

“The 2022 World Science Festival Brisbane will feature thought-provoking fun and scientific surprises to inspire the hearts and minds of Queenslanders of all ages,” Minister Enoch said.

“Following the March event in Brisbane, Queensland communities in Townsville, Gladstone, Chinchilla, Ipswich and Toowoomba will experience the wonder of the World Science Festival. 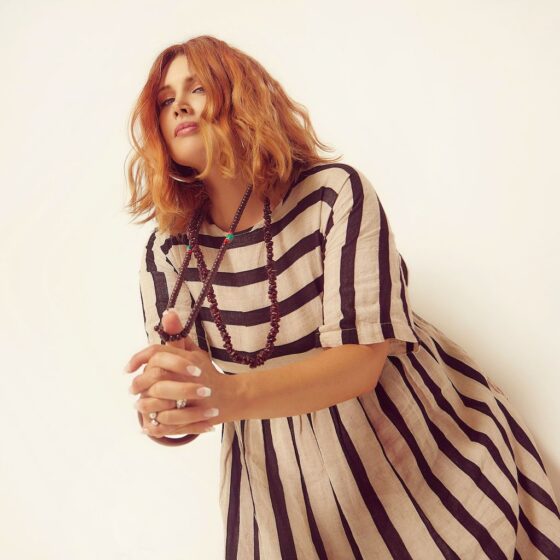 “Since it started in 2016 the World Science Festival Queensland has attracted more than 800,000 visitors across the state and injected more than $36 million into the state’s economy.

“The Queensland Government is investing $9 million over the next three festivals to ensure Queensland continues can engage with the wonders of science, grow economic outcomes and deliver community benefits.”

The World Science Festival, co-founded by physicist Brian Greene and award-winning broadcast journalist Tracy Day, has enthralled audiences around the world since 2008.

Professor Greene emphasized the vital importance of the Festival in elevating public engagement with science.

“One of our motivations behind the World Science Festival was to help shift the cultural attitude toward science, exploration and discovery,” Prof Greene said.

“The World Science Festival Brisbane brings science out of the lab and into public spaces of the city, heightening awareness of how science is all around us, informing and inspiring audiences of all ages, and celebrating the power of science to drive innovation and spark curiosity.”

New for 2022, World Science Festival Brisbane also encompasses Curiocity Brisbane from 9 to 20 March when it transforms Brisbane into a world of discovery for 12 days of immersive science, art and technology.

Curious visitors of all ages can explore, create and play with the physical and digital Curiocities, including never-before-seen installations created by artists and makers from across the state and around the globe.

The Curiocities will be spread across South Bank, South Brisbane’s Cultural Precinct along a 5km walking trail taking visitors on a unique journey of creativity.

· Opening night of the Festival, Wednesday 9th March, join Professor Greene as he presents Einstein and the Quantum: Entanglement and Emergence at QPAC. Streaming live from New York, Professor Brian Greene and some of Australia’s leading researchers will redefine the frontiers of Quantum Mechanics and Relativity. Astrophysicist Tamara Davis and ABC’s Jonathan Webb will be live on stage to ask Brian your questions on the night.

· What on earth is so good about Mars dives into why humans are so fascinated with the red planet, what the Mars rovers are discovering and what the implications are for the human race.

· Queer Science! is about breaking down barriers for young queers pursuing a career in STEM. Audiences can hear first-hand from incredible queers in the scientific community including transgender neuroscientist Dr Alison Wright. Paul Dempsey, lead singer of Aussie rock band Something For Kate, and sexologist Chantelle Otten will take to the stage and talk music and science in Fantastic Science X Pecha Kucha.