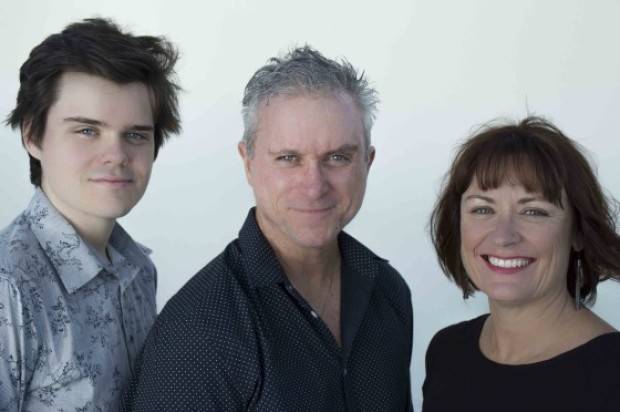 With the Sunshine Coast population set to grow to 500,000 people by 2031 and recent data from the Australian Bureau of Statistics (ABS) showing we are undoubtedly an arts and culture-loving crowd, the scene is set for this week’s launch of the Coast’s newest theatre company, Gateway Theatre Productions.

Tracey Ferguson is the producer for the new arts venture and said she and fellow founders Paul and Lucas Lynch recognised the need for increased professional entertainment opportunities in the region and had jumped at the opportunity to start the new company.

“According to the ABS, close to 30,000 Sunshine Coast locals are already participating in performing arts in some form and more than double that amount attended a performing arts event or venue in the 12-month period identified by the study, so there is clearly a strong interest in this area amongst residents,” Ms Ferguson said.

“In our opinion, the Sunshine Coast has come of age and ready for a greater offering in the arts arena. Our intention is to deliver high calibre, full-scale theatre productions, unlike anything the Sunshine Coast had seen before and we look forward to welcoming theatre fans to our performances in the future.”

“Theatre spaces are magnets for a range of creative enterprises and are often at the epicentre of urban renewal, especially in regional areas, so it’s great to see growth in this space at a local level,” Mr Smith said.

“As the Sunshine Coast population continues to increase, I expect we will see even greater demand for these cultural services, which can only enrich our community and local identity.”

Mr Smith said in addition to providing locals interested in performing arts with a creative outlet, the launch of the new theatre company also posed a number of other benefits to the broader Sunshine Coast community.

“It provides a platform for tackling sensitive and difficult societal issues that sometimes aren’t discussed openly and creates a sense of community connectedness, pride and social inclusion, so the addition of Gateway

Theatre Productions is a real win for the Sunshine Coast.”

The production company is currently undertaking casting for its first production, Jesus Christ Superstar, with auditions scheduled for 2-3 July in Brisbane and 8-9 July on the Sunshine Coast.

The production will open at the Events Centre on 27 October, with its season running through until 5 November.