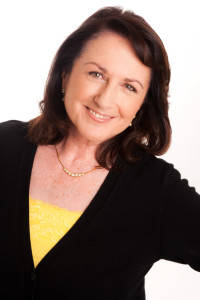 Add the screening of a film, with the opportunity to ask the producer, director and cinematographer spontaneous questions that address a range of pertinent topics, and the value of the GCIFTN is extraordinary.

“The success of August’s screening of Bad Karma, starring Ray Liotta, was one of the highlights of this year’s GCIFTVN calendar,” says Caroline.

“Producer Pam Collis, DOP Nino Martinetti and director Suri Krishnamma, – who was linked in on skype from London, were generous in providing a first-hand account of their work on Bad Karma to an intimate crowd eager to learn more about the filmmakers distinct roles.”

“Covering a broad range of issues, from technical issues to the creative and talent aspect of the film, one very important thread ran through the evening’ s question and answer segment – the strong working relationship between Pam, Nino and Suri.

“It was evident that these three people worked well together and agreed that this was essential to the smooth running of the production.”

“Hearing how they worked together …their camaraderie and the honesty with which they addressed things like the time factor of shooting the film in 18 days digitally, choosing the money shot, budget restraints and working with a marquee actor such as Ray Liotta gave invaluable insight into the making of the film.”

Caroline added that the exchange of information and the networking opportunity of the night is what inspires her to continue to host the GCIFTV event and is now in preparation of overseeing a new website that will be called  QFI…Queensland Film Industry and this will ready by the November 20th .

“This month event we have many headlines to present and one is  Queensland’s Production Expert Gina Black who is working with Screen Queesland and shall   be  talking about her many years in the film and television industry, and what she is working on now. Gina’s portfolio as a Producer and Production manager is expansive and includes projects such as Walt Disney’s Inspector Gadget 2  filmed in Brisbane, The Proposition, Ocean Girl (Popular 1994, TV Series, to name a few.” 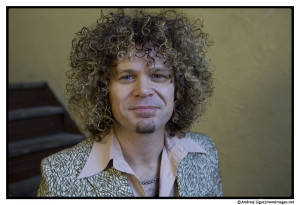 Also added on the night GCIFTN will now present a special screening of “Welcome to the Lucky Country”, a political satire conceived by Brisbane filmmaker Peter Hegedus, is designed to offend, shame and challenge viewers to question our country’s response to the plight of asylum seekers arriving by sea (aka ‘boat people’).  After directing many award-winning documentary films (his documentary Inheritance: A Fisherman’s Story was shortlisted for an Academy Award in 2004) Peter teamed up with Brisbane producer Jeff Tseng in order to release Welcome to the Lucky Country. Peter hopes the film will raise legitimate questions about our own prejudices in relation to asylum seekers. Following the film we have a short QA with Peter as to the making of the film.  Local favourite actor from Gold Coast Craig Ingham is one of the lead roles and will be there also on the night. 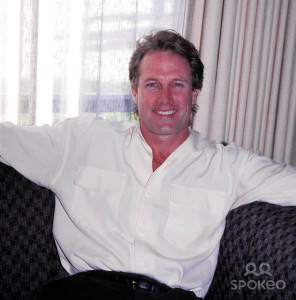 Another great talent is David Brookes a LA actor who is presently coaching at the NYFA at Village Roadshow will be on the couch to speak on all of his years in film and TV and how he begin. To open the night is Tyrone Noonan formerly of the ARIA award winning band George. George was a Brisbane band that saw great success in Australia, with their first album debuting at #1 on the charts and staying in the top 10 for 15 weeks. We are in for a treat to hear Tyrone perform on the night.

GCIFTVN is on  September 11 at The Basement in the Arts Centre Gold Coast.”