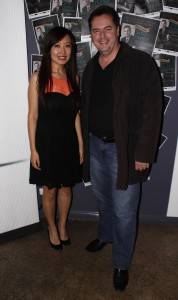 The second Gold Coast Independent Film and Television Night for 2013 was a huge success, establishing the event as one of the most important industry programs on the Coast.

Held at The Basement of the Gold Coast Arts Centre last night, the event showcased young talent in film and music, highlighted by a special presentation by Director of the Gold-Coast Based New York Film Academy, Simon Hunter. 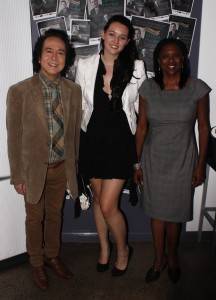 Nikki’s film, entitled The Man from 49, was an edgy drama that demonstrated her keen talent for characterisation, featuring the meeting and budding relationship between an agoraphobic obsessive compulsive man a and lonely, worldly wise young woman.  Balanced with moments of hilarity and sadness, The Man From 49 was well received by the audience.

Reece’s film Kevin also proved popular. The clever mocumentary tells the story of a would be speed walking champion who prepares for his first competition. Reece shows off his talent not only as a filmmaker in the comedy genre, but as an actor by taking on several roles in the film.  Just one word of caution – cat lovers beware!

The short films were followed by the trailer for The Custodian, Simon Hunter’s feature film. A story about a man who wanders into the woods and stumbles across an old house that is the portal to heaven, The Custodian was filmed on location in Toowoomba in 12 days with a Canon HD5 camera.

Simon took the stage and shared his experience of making the film with no budget and the help of industry people dedicated to seeing the project come to fruition. Simon also talked about key elements in achieving success in filmmaking, touching on both the business and creative aspects of the industry.

During the night producer Shirley Pierce also shared a touching story about an anti-bullying music video project called Free You Be You.  Shirley talked about the inspiration for the project that came from a very personal family experience. Proving that generosity is still very much a part of the local community, Shirley’s project received a commitment for funding to ensure its much needed production.  Thanks to the Karen Williams she gave the full amount of $8,000 and the room was full of joy and excitement. 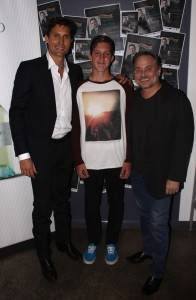 Caroline Russo said it was a show of support like this that was what the GCIFTVN was all about. The Network will continue to support this project and now launch the premier of the completed film.

More GCIFTVN events will continue to play an integral role in the film community throughout the year on many levels, from maintaining a strong social network to showcasing talent, and sharing industry news, knowledge and experience.

The next date of the next GCIFTVN event is to be May 29th and with a launch of local trailer film to be shown The Thief  with Benny B Boultbee along with other guests and showcase of indie short  films still to be announced.