Segment for Rise of the Underdog presentation on the night of July 21st 2013.

The feature film will now  be set to film in November and it did raise the money needed to get it over the line on the fundraiser night that was mentioned here in this Video. The GCIFTN look forward to continue in  supporting this local made true story film . Thanks to Mack Lindon and all his team so far for all their work and all who have supported the film.

Also in the beginning of this film we have a special thanks to our DJs James and Phil Coulson of Ambi Decks  that provided the music and for fact that they are  in the film clip of  Jordyn Yarker that was presented on the night as well  with the wonderful hit song video clip Rock Star AYO. Jordyn Yarker is also is featured in  the Rise of the Underdog. 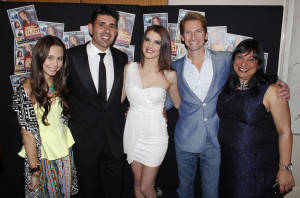