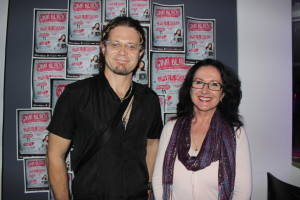 Another Great Network Event for GCIFTN.

Gold Coast Indie Film TV Network Event for September 11th hosted yet again a wonderful evening that had amazing guests leading with International singer /songwriter Tyrone Noonan who opened the night with some great energy with a couple of great songs and got the mood happening with everyone in the room.   Following up on  the  newly released short film by Director, Producer and International acclaimed film maker Peter Hegedas “Welcome to my Lucky Country”. A  QA with actor  Craig Ingham and  Peter Hegedas, who received  over all a great reception by all that attended as to the subject of the film being on Boat people. Made in fashion of a reality show it has been clever in the making and its now looking for distribution and film festivals to show. It was delight that the GCIFTN had one of the official screenings of this film. 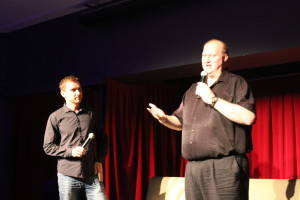 Other guests of the night were LA based Actor David A. Brooks, who gave a great insight to his career and to what he does now and to coaching with the New York Film Academy.  Gina Black  Freelance Production Manager and now with Screen Qld had quiet a bit to share on her wonderful contribution that she has done so far and to what had inspired her to this industry. 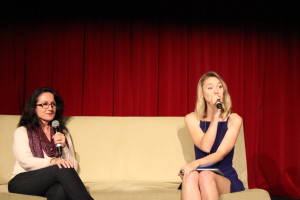 MC for the night was  Actress Aleisha  Rose Groth and Caroline Russo fonder of the network said the evening yet again was amazing as to all the guests ! It is a perfect  place to meet with one another  that are professionals and to emerging artist in the industry.  Special thanks goes to our sponsors that help support starting with Australia Gold Coast, De Bortoli Wines, MYGC.COM, 31 Digital, RSF Studios, Hush Hush Biz The Bizz Magazine.  Also a thank you to the Caulfield Brothers who were the hosts of the night at the door and we shall watch them grow to be amazing in this industry.  Next one to mark and the possible last one of the year is November 20th.  This will be a big one for sure and a party night to end off the year. Mark the date. For info on this email [email protected]