G’DAY USA IS LIFTING OFF THE NEW PROGRAM OF EVENTS 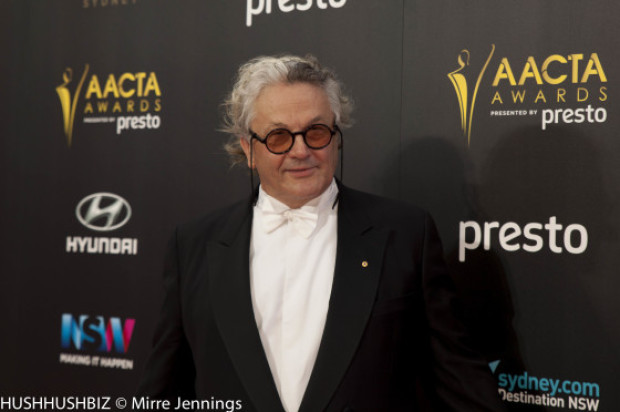 Year-Round Events Showcase Australia’s Creative and Innovative Industries and Promotes the Strength of Australia-US Bilateral Dialogue
G’Day USA, the annual program that fosters deeper economic ties and promotes Australian capabilities in the United States, today announced its full 2016 program and details of the honorees for its highly-anticipated annual G’Day USA Gala in Los Angeles presented by Qantas, which will take place on Thursday January 28, 2016 at Vibiana in Downtown Los Angeles.
At the launch in Sydney, the Hon Julie Bishop MP, Australian Minister for Foreign Affairs said the 2016 program showcases Australia as an innovative, high growth and sophisticated economy.
“The 2016 program will continue to promote and highlight bilateral cooperation across foreign policy, defense, innovation, the arts, and pursue a strong economic diplomacy agenda by promoting Australia as an important trade and investment partner,” Ms Bishop said.
The G’Day USA Gala will honor Dr George Miller with a G’Day USA Lifetime Achievement Award in recognition of the screenwriter, director and producer’s outstanding contribution to Australian creative arts sector and acclaimed global success, including through the Mad Max franchise. Joel Edgerton will also be honored with the G’Day USA Excellence in Film Award in recognition of his critical success as a writer, actor and director, including most recently with his film “the Gift”.
Mr Alan Joyce, Group CEO Qantas Airways added: “G’DAY USA is a great platform to champion the best of Australia in the United States, so as the national carrier we’re proud to continue our long running support at a time when our own presence in the United States is stronger than ever.”
“Australian artists, companies and tourism operators are making a huge mark in America, but we think the most exciting opportunities for the relationship are still ahead,” Mr Joyce said.
Red Carpet arrivals and a cocktail reception at 7pm will be followed by the awards show and dinner, featuring premium Australian food and wine curated by Australian chef Neil Perry and American chef Neal Fraser.
Ms Chelsey Martin, Australian Consul-General in Los Angeles and G’Day USA Chair said, “With the support of our invaluable partners and sponsors, the G’Day USA program for 2016 includes 17 events in 7 cities across the US, with more to be scheduled throughout the year. The 2016 program will showcase the best of Australia – from Australian film, food and wine, music, fashion and technological innovation, to our defense industries, and expertise in water and drought management.”
The G’Day USA 2016 program kicks-off in New York with two events delivered in partnership with the American Australian Association (AAA) on 22 January. A lunchtime address by the Australian Minister for Foreign Affairs focusing on Australia’s innovation and economic diplomacy agendas will be presented by the Commonwealth Bank at Citibank. This will be followed by the AAA Australia Day Black Tie Gala at Cipriani Wall Street, where Mr Gordon Elliott, CEO of Follow Productions, will be honored with a G’Day USA Award for his contribution to US-Australia relations.
G’Day USA will partner with the University of Sydney’s US Studies Centre and the Center for New American Security (CNAS) to deliver the annual US-Australian Foreign Policy Dialogue in Washington DC on 26 January. This high-level forum focuses on areas of future cooperation, such as defense and security; trade and investment; natural resources and the environment; education; and innovation. It features expert panel discussions, a keynote address by the Australian Minister for Foreign Affairs and a networking lunch.
G’Day USA then heads west to Los Angeles with the high-profile annual G’Day USA Gala, presented by Qantas, on January 28. Two public policy programs with senior business, government and academic participants will follow on 29 January. A Foreign Policy Roundtable with the Australian Minister for Foreign Affairs, jointly hosted by the US Studies Centre and RAND Corporation, will be followed by the US-Australian Dialogue on Cooperation in the Asia-Pacific, presented by G’Day USA in partnership with the University of California Los Angeles (UCLA).
The US-Australian Dialogue on Water Management and Drought at the Milken Institute, Los Angeles (February 5) is being held in conjunction with the Governor of California’s office at Governor Brown’s request. This event will build on a series of water policy and technology forums held in California under the G’Day USA program in recent years, sharing the globally recognized innovative solutions to water conservation and drought management from Australian companies and policy makers.
An Emerging Innovators Awards in Los Angeles (March 22), presented by Northrop Grumman, will showcase Australian technologies and young innovators flourishing in the US market. This event at Northrop’s Space Park will include an awards ceremony recognizing breakthroughs in innovation.
2016 events in Houston include an Australia Day BBQ Celebration (January 24), The Australia Day Gala organized by the Houston American-Australian Chamber of Commerce (January 30) and the 8th Annual Australian American Chamber of Commerce Energy Conference, attended by energy companies from US and Australia (February 16). This is the leading conference on the Australian energy scene held outside Australia and the theme for this year is “Insight, Innovation and Evolution”.
Additional G’Day USA 2016 events confirmed to date include a “Dine G’Day” Dinner in Los Angeles (April), participation in the Newport Beach Film Festival (April) and the Palm Springs International Shortfest Film Festival (June), a U.S.- Australia Dialogue on Defense Industries in Washington D.C. (May), Australia Rocks the Pier in Santa Monica (August), and an Australian Fashion Showcase as part of Los Angeles Fashion Week (October).
In conjunction with the launch of the 2016 program, G’Day USA also announced a new partnership with Australian Theatre for Young People (ATYP) and the Australian Theatre Company (LA) supporting two new scholarship opportunities for young and emerging Australian artists. ATYP Ambassadors Rebel Wilson and Rose Byrne are generously supporting the scholarships to nurture and promote the next generation of Australian theatre artists. As part of the program, the recipients will receive a year’s mentoring with ATYP in Sydney culminating in the opportunity to travel to Los Angeles, work on a project with the Australian Theatre Company, and be profiled at the G’Day USA Gala in January 2017.