‘Pumping Records’ is a place for Artists from the Newcastle area, to have a platform to release their music. Newcastle is known for its rich history when it comes to music. The Screaming Jets & Silverchair are a couple of well-known bands to hail from Newcastle. Years ago, big named Australian bands would tour through Newcastle (under fake aliases) to test out new music, as Newcastle was renowned to have somewhat of an unforgiving audience.

When it comes to Electronic Dance Music, it is now time for Newcastle to make its mark. George Petridis aka DJ Fuel, has been a part of the Dance Music scene in Newcastle for the past 20+ years. Having worked in Radio for almost 10 Years (he has a popular weekly radio show called: ‘The Party Life’ on RAW FM) and as a DJ playing at various clubs as well as a residency at King Street Hotel.

From a young age, it was clear that George would work in Music in some capacity. He would listen to music on the radio and could pick which new songs would go on to be number 1, on the nightly countdown. He would sit & record songs from the radio, trying not to get the host’s voice on the intro and outro. Little did George know that he was taking his first steps into becoming a DJ, by creating his own mixtapes. 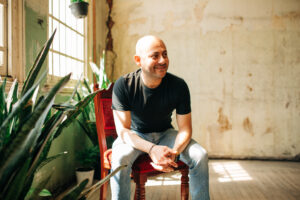 As a teenager, George started playing the Drums, he loved the freedom and the energy music gave him. At 16 years of age, he learnt via friends how to DJ and practiced often to master the craft, before he quickly started to get booked to DJ at parties. Soon after, came the weekly trips to Sydney, visiting the iconic Central Station Records and One Stop Deejay record stores. Once George turned 18, the owner of the hottest spot in Newcastle approached him to play a two hour set, which after a few weeks turned into to all night set (open to close, 7 hour set) and this then lead to George DJing across more of the venues he owned.

Soon after George got into Production and begun collaborating with other producers, vocalists, songwriters, and learnt quick smart, what elements it took to make great music. George’s passion for music, extended to his love of performing and over the past 5-10 years the business behind it. Having been involved in various areas of the music industry, his lifelong dream to have his own record label was the next step.

With all the lessons George has learnt over the years, 2020 is the year he will finally launch his record label. To begin with, the focus will be on artists from Newcastle, giving them the opportunity to have music released. The idea behind the label is to not have boundaries and to not just release one genre of music. If an artist on the label wishes to write & produce trap music one day, a vocal trance track the next and a commercial pop song the day after, they will have the freedom to do so.

George has decided to fuse his passion for Music & Media by starting his own Record Label: ‘Pumping Records.’ He hopes to propel local dance music artists to a much bigger stage, across the country and around the world.