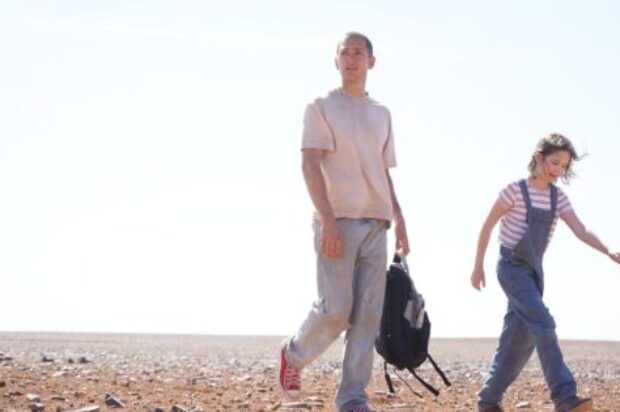 Lead actor and one of the Australian International rising stars “George Pullar” spoke with us today on the Gold Coast while overlooking Currumbin Beach. He was excited about his new film role and in our filmed interview he gives us a bit more of what it was like to work on a film like this and with another young rising star to be Ashlyn Lauden.

In 2020, George appeared alongside Emmy Award Winning Michael Chiklis in Paramount’s Coyote as young border patrol agent, Garrett. In 2017 he was nominated for ‘Best New Talent’ at the 2017 AACTA Awards for his role as Larry Grey in A Place to Call Home with subsequent roles in Foxtel’s Fighting and the series Playing For Keeps. The Casting Guild of Australia awarded George with the RISING STAR award of 2018.

In Moon Rock for Monday, George stars alongside gorgeous young newcomer Ashlyn Louden who plays Monday, a nine-year-old girl home-schooled by her father Bob (Aaron Jeffrey) in Sydney. Due to her terminal illness, Monday’s only contact with the outside world is her weekly visit to the hospital. Monday’s imagination is captured by the Moon Rock (Uluru) which she believes will heal her. By a twist of fate, she becomes caught up in a police chase involving Tyler (George Pullar) a street kid with a massive heart. Tyler uses Monday to evade the police, but despite the circumstances, they soon form a friendship. They decide to go on the run, road tripping to the Northern Territory to find the Moon Rock.

Along the way they meet a cast of outback characters, some helpful and some not so. Meanwhile, Bob is desperately trying to track his daughter down before Detective LIONELL (45) and the police – who are out for blood. It all culminates in a gripping finale set in the heart of Australia, and a heart-warming end to a touching journey of friendship

The film has proven to be a festival favourite. Selected for the 2020 Cinefest Oz, Adelaide Film Festival, Byron Bay Film Festival, Ale Kino Film Festival and others, the film won the FIPRESCI Award at the Schlingel Film Fest in Germany and has just won the Best Feature Film, Best Lead Actor (George Pullar) and Best Writer/Screenplay Awards at the Australian Screen Industry Network Awards.

The film will open at Majestic Cinemas Wynnum, with other locations tbc.