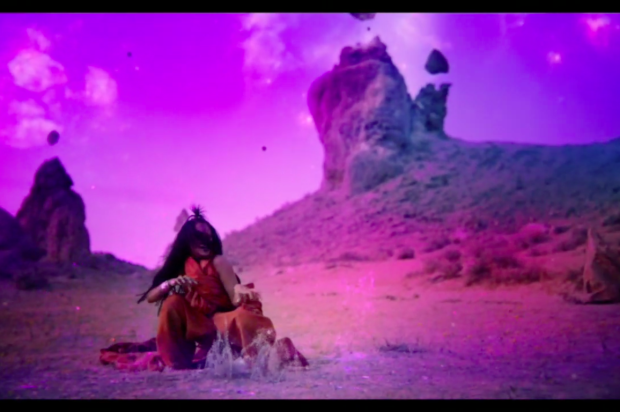 THE SONG WAS WRITTEN FOR PARAMOUNT PICTURES, SKYDANCE AND BAD ROBOT’S UPCOMING FILM “STAR TREK BEYOND”

THE SONG IS AVAILABLE NOW TO PURCHASE

The single of “Sledgehammer” is available now for purchase, download and streaming on all DSP platforms.

“Sledgehammer” marks the first music video shot entirely with IMAX® cameras. Director Floria Sigismondi used the new ALEXA IMAX® camera, the same camera that was used to film the key battle sequence in “CAPTAIN AMERICA: CIVIL WAR.” The ALEXA IMAX 65mm camera is a next-generation revolutionary 2D digital camera developed through a partnership between ARRI and IMAX for use by today’s leading filmmakers working in the IMAX® format. The camera, when combined with IMAX’s digital re-mastering process, delivers the highest level of digital image capture and playback resulting in stunning lifelike images with pristine clarity, incredibly fine detail, vivid colors and a higher dynamic range for superior contrast. The “Sledgehammer” video is produced by Maavven.

Said Sigismondi: “I have been a fan of ‘STAR TREK’ since I was a little girl. I loved the idea that it explored new territory and the unknown. So being able to be the first director to shoot a music video entirely with IMAX cameras and use this revolutionary technology to explore a different type of new territory was a dream come true.”

Rihanna has taken the music, entertainment and fashion industry by storm. As an accomplished performer, she has sold 60 million albums and 215 million digital tracks worldwide, making her the top-selling digital artist of all time. She has released eight albums, achieved 14 number-one singles and won eight Grammy Awards. With more than 8.5 billion views and 21 Vevo certified videos, she is the most viewed female artist on Vevo/YouTube and is one of the biggest artists on Facebook with more than 81 million Likes.

Rihanna is PUMA’s global ambassador for Women’s Training and serves as the Creative Director of the brand, bringing her styling sensibilities and innovation to PUMA’s collections. The first drop of the PUMA creeper collection sold out in three hours and continues to fly off the shelves with every release. In addition, she has successfully launched six fragrances, her limited capsule collection with Manolo Blahnik is in-stores now, and she has served as Contributing Creative Director and Punk & Poet brand ambassador for Stance since July 2015.

Floria Sigismondi is a world-renowned creator of film, music video, branded content, photographs, art and experience. With notable work in nearly every field of visual ephemera, Sigismondi’s directing ranges from iconic music videos for Justin Timberlake, David Bowie, Katy Perry, Pink and The White Stripes, to her feature film debut with “THE RUNAWAYS,” starring Kristen Stewart and Dakota Fanning. When coupled with global brands, she has helmed lauded campaigns for the likes of Samsung, Thierry Mugler and Motorola, among others. When left to her singularly creative devices, Sigismondi’s photography, sculpture installations and paintings have left impressions all over the globe, from Germany to Italy to Sweden to the UK.

Sigismondi’s work is defined by enigmatic visual narratives, whether it be a short film for Sigur Ros or published monographs of her photography (“Redemption,” “Immune”). This approach has been praised with top honors at the MTV VMAs, World Luxury Awards, International Cristal Festival, and beyond.

“STAR TREK BEYOND,” the highly anticipated next installment in the globally popular Star Trek franchise, created by Gene Roddenberry and reintroduced by J.J. Abrams in 2009, returns with director Justin Lin (“The Fast and the Furious” franchise) at the helm of this epic voyage of the U.S.S. Enterprise and her intrepid crew. In “Beyond,” the Enterprise crew explores the furthest reaches of uncharted space, where they encounter a mysterious new enemy who puts them and everything the Federation stands for to the test.