GET READY TO PLAY WITH WORDS AND IDEAS THIS SEPTEMBER!

book Brisbane Writers Festival Literature Wordplay by Caroline Russo | on June 8, 2015 | 0 comments | in Books | Like it 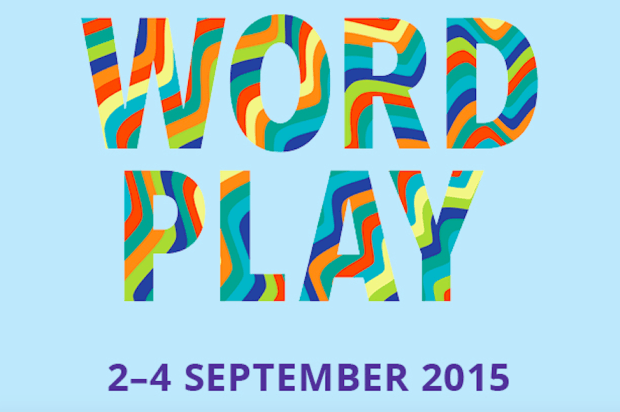 Word Play is three days of literature, art, history, sociology and creativity brought to you by the team at Brisbane Writers Festival and will run Wednesday 2nd to Friday 4th September. It is held in and around the State Library of Queensland, University of Queensland and online, and for the first time will cater for students from Prep to Grade 12 (previously Yr 4 to 12).

Artistic Director Julie Beveridge said, “Stories connect us. To each other, to our imaginations and to the world around us. This year, Word Play will connect, challenge, entertain and exhilarate. I am thrilled to present a program of literary events that includes authors and illustrators who are bound to inspire young readers to let their imaginations soar.”

In 2015 Word Play brings together some of Australia’s best storytellers. From international best-selling and award-winning John Marsden and perennial favourite Andy Griffiths to new, exciting talents like girl-detective creator R. A. Spratt and theatrical writer David Burton, Word Play has something delicious for readers of all appetites.

Discover the fantastical worlds that superstar authors Holly Black and Cassandra Clare create, see how Jane Caro finds story inspiration in history’s women, hear where Anna Branford’s ideas come from and be among the first to quiz one of Australia’s most versatile writer Emily Rodda about her new series.

Word Play invites students to get creative and learn to tell stories in a different way either through comic design with Brenton McKenna, or using patterns and drawings to make picture book art with Marc Martin.

Alongside the paid sessions Word Play offers a FREE program for children, young adults and their families to play with words, develop ideas, and share the magic of literature with the special events Alphabet Zoo and Love YA!

Early Bird Tickets are on sale now until Wednesday 24 June. Be sure to book your seats with the Box Office on (07) 3255 0254 between 9.30am and 4.30 pm on Tuesday, Wednesday and Thursday’s weekly and save yourself up to 15% off standard prices.

For full details and further information on the program, booking and prices, please visit our website (www.bwf.org.au).

HOLLY BLACK
Holly Black is the best-selling author of contemporary fantasy novels for teens and children. Some of her titles include the Magisterium series (with Cassandra Clare), The Spiderwick Chronicles (with Tony DiTerlizzi), and the Modern Tale Of Faerie series.

CHRISTINE BONGERS
Christine Bongers is a former radio and television journalist who is now happier writing fiction. Her novels for young people include Dust and Henry Hoey Hobson. Intruder is her latest novel for teens. Christine lives in Brisbane.

ANNA BRANFORD
Anna Branford was born in the Isle of Man and lived in Sudan and Papua New Guinea before moving to Australia. Her Violet Mackerel books have won multiple awards. Anna is a doll-maker and a sociology lecturer.

DAVID BURTON
David Burton is an award-winning writer from Brisbane. His theatrical work, April’s Fool, toured Australia in 2012. David’s memoir, How To Be Happy, won the Text Prize for Children’s and Young People’s writing.

PASCALLE BURTON
Pascalle is a poet and performer. Her recent projects include performances Flight and Poems by Telephone (winner, 2013 QPF Filmmakers award), audio collage I Will Say This Only Once, and installation Letter.Box.Stamp.Collect.

CASSANDRA CLARE
Cassandra Clare is the author of the #1 New York Times best-selling Mortal Instruments series. She is the co-author of The Iron Trial, the first book in the Magisterium series, written with Holly Black.

NICK EARLS
Nick Earls is the author of 20 books. His work has been published internationally. Five of his novels have been adapted into plays and two into feature films. His most recent book for children is called New Boy.

ELIZABETH FARRELLY
Elizabeth Farrelly is a Sydney-based columnist, author and academic. She has written three books of non-fiction and has been short-listed for the prestigious Walkley Award for Excellence in Journalism. Caro Was Here is Elizabeth’s first book for children.

DEB FITZPATRICK
Deb Fitzpatrick lives and works in Fremantle, WA. She is the author of The Amazing Spencer Gray, 90 Packets Of Instant Noodles and Have You Seen Ally Queen? Deb’s latest book is The Break.

ANDY GRIFFITHS
Andy Griffiths is one of Australia’s most popular and well-loved children’s authors. He has written more than 25 books, including short stories, comic novels, nonsense verse, picture books, plays and a creative writing guide for students and teachers.
 
ANITA HEISS
Dr Anita Heiss has written two novels with the students at La Perouse Public School and a crime novel with students from St Laurence’s College in Brisbane. In 2015 Anita has two new novels out for young readers.

ANDY JACKSON
Andy was an Asialink Resident at the University of Madras, India, in 2010 where he Wrote poems exploring medical tourism for his latest book, Immune Systems. Andy has Marfan Syndrome, and writes about the poetry of unusual bodies.

JOHN MARSDEN
John Marsden is an international best-seller, with many major awards to his credit. He is the author of the Tomorrow series and The Ellie Chronicles, and has sold more than 2.5 million books in Australia alone.

MARC MARTIN
Marc Martin is an author and illustrator. His books are published internationally, and his illustrations have won numerous awards, including the 2013 Crichton Award for Children’s Book Illustration for A Forest. His most recent picture book is A River.

BRENTON McKENNA
Brenton McKenna is a writer and illustrator from Broome, WA. As a youngster Brenton struggled to read and write but learnt how to read comic books by looking at the artwork. Brenton is now a published graphic novelist.

ALICE PUNG
Alice Pung is a writer, editor, teacher and lawyer based in Melbourne. Her young adult novel, Laurinda, was one of Readings’ Top 100 titles in 2014. She writes the Marly books for Penguin’s Our Australian Girl series.

EMILY RODDA
Emily Rodda has written more than 50 books including the Rondo trilogy and the Deltora Quest series. She has won the CBCA Book of the Year Award a record five times. Emily’s new series, Star Of Deltora, will be released in 2015.

NATHAN SHEPHERDSON
Nathan has twice won the Joesphine Ulrick Prize for Poetry (2004 and 2006). In 2005 he won the Arts Queensland Thomas Shapcott Award. He is the author of two collections, Sweeping The Light Back Into The Mirror and Apples With Human Skin.

SJÓN
Sjón is a celebrated Icelandic author. The Blue Fox won the Nordic Council’s Literary Prize for. His latest novel Moonstone – The Boy Who Never Was was awarded the 2013 Icelandic Literary Prize. His novels have been translated into thirty-three languages.

R.A. SPRATT
R.A. Spratt is an award-winning author and television writer. She is best known for writing the Friday Barnes and Nanny Piggins series of books. Her goal for 2015 is to be able to do a pull-up.

BRIONY STEWART
Award-winning Western Australian author-illustrator Briony Stewart has written five books, including the Kumiko And The Dragon series and the picture books Here In The Garden, and The Red Wheelbarrow, which won the 2012 QLA Prize for Children’s Fiction.