Get SummerSet at QPAC these school holidays

Kid Friendly QPAC School Holidays SummerSet by Caroline Russo | on December 14, 2017 | 0 comments | in Theatre | Like it 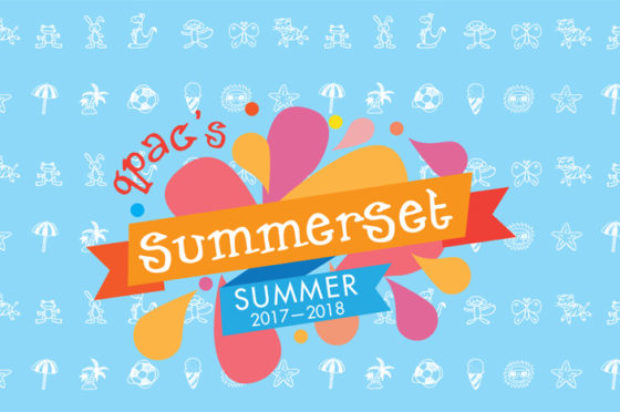 The summer school holidays are here and so is Queensland Performing Arts Centre (QPAC)’s popular family program SummerSet, with a wonderful selection of shows on offer up to 13 January 2018.

From Tall Stories (creators of The Gruffalo and The Snail and the Whale stage shows) Emily Brown and the Thing runs from 12 to 23 December 2017, with the first presentation of this work in Queensland. This page to stage sensation rolls into the Cremorne Theatre, QPAC following a sell-out run at the Edinburgh Festival Fringe, and is sure to let the audiences’ imaginations run wild.

Based on the well-known book by Cressida Cowell (author of How to Train Your Dragon) and Neal Layton, audience members aged 3 plus will delight in following Emily Brown and her rabbit Stanley on their magical adventures to help the ‘Thing’ get to sleep. Set to kick off in just one month, don’t miss this tale of bravery and adventure told through original music, beautiful puppetry, physical storytelling and lots of comedy.

Taking imaginations to even greater heights, The 78-Storey Treehouse opens as a world premiere in the Playhouse, QPAC from 13 to 23 December 2017. Based on the immensely popular children’s book by Andy Griffiths and illustrated by Terry Denton, this is the fourth book from the series to be expertly adapted for the stage by Richard Tulloch.

Following a sold-out presentation of The 13-Storey Treehouse at QPAC in April 2017, audience members aged 6 years and over will be enchanted by the treehouse’s new additions; a high security potato chip factory and an open-air movie theatre. Whilst Andy and Terry’s treehouse keeps growing, the number of days until the show’s premiere season closes is declining, so make sure to grab your tickets now!

The Funatorium: Mad Hatter’s Tea Party will immerse audiences aged 5 years and over into the world of circus and cabaret from 3 to 13 January 2018 in the Playhouse, QPAC following its sold-out premiere season at Sydney Opera House.

Inspired by Lewis Carroll’s Alice’s Adventures in Wonderland a cast of talented circus performers will treat the crowd to a show full of acrobatics, circus, singing, dancing and roller skates – made just for kids. Featuring all of the much-loved characters this is a tea party you do not want to miss!

The countdown is well and truly on until Brainiac Live! explodes into the Concert Hall, QPAC from 9 to 13 January 2018. Based on the multi-award winning TV show the crowd will be thrilled by exploding dustbins, combusting microwaves and live daredevil stunts – not to be tried at home! Audiences aged 7 years and above will be baffled as the Brainiacs take on loads of messy, loud, all-action experiments that test the limits of science.

Children can also become an official member of the Brainiac Academy, with a ticket upgrade, and put their detective skills to the test at the Brainiac Detective Academy. Limited spaces are available for these hands-on workshops with the stars of Brainiac Live!

QPAC’s SummerSet is the perfect way to stave off boredom and keep the kids entertained with quality live performance experiences these holidays. With something for everyone make sure to get your tickets today. For more information or to book go to www.qpac.com.au/summer or call 136 246.