GET YOUR FIRST LOOK AT ‘THE DAUGHTER’

Geoffrey Rush Miranda Otto Odessa Young Sam Neil The Daughter by Caroline Russo | on October 20, 2015 | 0 comments | in Film | Like it 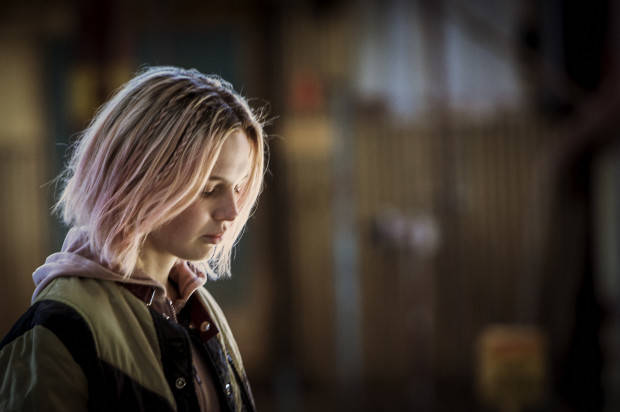 THE DAUGHTER is inspired by writer/director Stone’s celebrated adaptation of Henrik Ibsen’s “The Wild Duck,” which was first performed at the Belvoir Theatre. It stars Geoffrey Rush, Ewen Leslie, Paul Schneider, Miranda Otto, Anna Torv, with Odessa Young and Sam Neill, and is produced by Jan Chapman and Nicole O’Donohue.

In the last days of a dying logging town Christian (Schneider) returns to his family home for his father Henry’s (Rush) wedding. While home, Christian reconnects with his childhood friend Oliver (Leslie), who has stayed in town working at Henry’s timber mill and is now out of a job. As Christian gets to know Oliver’s wife Charlotte (Otto), daughter Hedvig (Young) and father Walter (Neill), he discovers a secret that could tear Oliver’s family apart. As he tries to right the wrongs of the past, his actions threaten to shatter the lives of those he left behind years before.

Critics are raving about THE DAUGHTER, which has screeneed at Sydney, Melbourne, Venice, Toronto and London film festivals.

“[Stone] brings a strong sense of mood to an atmospheric drama about whether the truth really does set you free.” – Sydney Morning Herald

THE DAUGHTER will have its theatrical debut in Australia on March 3, 2016, with advanced sneak sessions on February 26-28.