Getting To Know You: Brisbane Child Cast Of The King & I

Deborah Kerr Frost productions Lisa McCune musical theatre QPAC the king and I by Caroline Russo | on March 2, 2014 | 0 comments | in Theatre | Like it 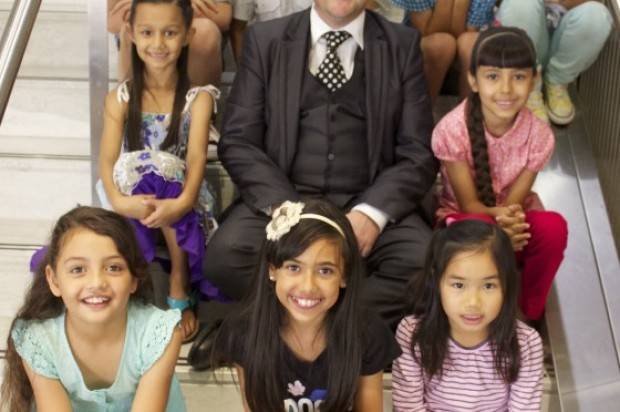 GETTING TO KNOW YOU…. INTRODUCING THE BRISBANE CHILD CAST FOR
THE KING AND I

John Frost and Opera Australia are pleased to announce the 27 children who have been cast in roles for the Brisbane season of the award winning production, The King and I, playing in Queensland Performing Arts Centre’s (QPAC’s) Lyric Theatre, Brisbane from 13 April 2014.

The principal role of Prince Chululongkorn will be shared by Timothy Ho (aged 12 years) of Chermside, and Sebastian Li (13 years) of Elanora, and the principal role of Louis Leonowens will be shared by Riley Brooker (aged 10) of Carindale, and Bailey Kelleher (aged 10) of Birkdale. Jayden McGinlay (9 years) from Pacific Pines will understudy the roles of both Louis and Prince Chululongkorn. 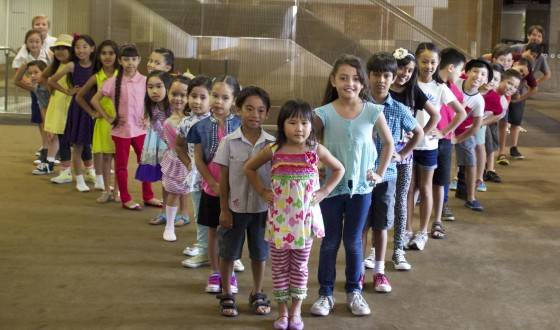 Associate Producer for Opera Australia, Mr Adrian Storey said that the company is delighted with the children it has cast for the Brisbane season of The King and I.

“This production had a specific brief in that we were looking for children to portray Thai Princes and Princesses who are children of the King of Siam. Therefore they all needed to be of any Asian ethnicity, with the exception of the son of English Governess, Anna Leonowens, who needed to be of Caucasian decent. The children also were required to be aged around 4 to 10 years old, to have charm and individual character, and be able to sing and act. “We were certainly impressed with the talent we found in our auditions which were held in early January. We are looking forward to Queensland audiences getting to know these wonderful young children as they appear in several scenes throughout the show.

“For many of them this is their first ever musical, but I am sure for all of them it will be a thrill to have the chance to be on stage alongside artists of the calibre of Lisa McCune and Teddy Tahu Rhodes. Along with the fabulous Rodgers and Hammerstein score, and magnificent set and costumes, this will really be a terrific opportunity for these young budding artists,” said Mr Storey.

Starring Lisa McCune and Teddy Tahu Rhodes, the Tony Award-winning Australian production, which is being revived by John Frost and Opera Australia, will open as an Australian Premiere at QPAC on 15 April 2014.

The King and I was Rodgers and Hammerstein’s fifth musical together and is considered one of the jewels in their crown. It was based on Margaret Landon’s 1944 novel Anna and the King of Siam, which took its inspiration from the memoirs of Anna Leonowens, a British governess to the children of King Mongkut of Siam (now Thailand) in the early 1860s.

The beautiful score includes the songs “I Whistle a Happy Tune”, “Getting to Know You”, “Shall We Dance?” and “Hello, Young Lovers”.