GIVE AWAY HACKSAW RIDGE PRIZE PACK AND DVD

DVD GIVE AWAY hackshaw ridge ICON FILMS Mel Gibson WIN DVDS by Caroline Russo | on March 19, 2017 | 0 comments | in Competitions | Like it 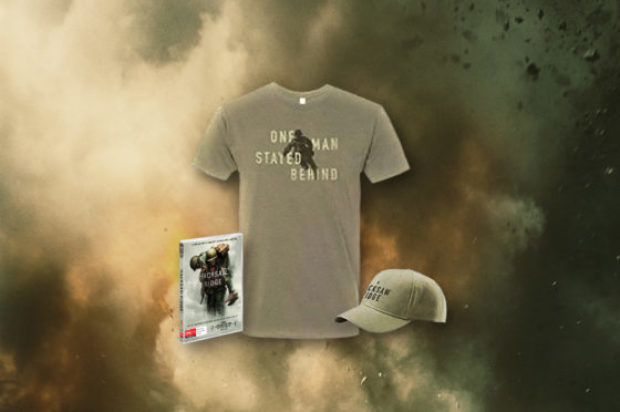 Give Away DVD Prize packs.

We have 2 great prize packs as well as two DVDs of Hawshaw Ridge an award winning film directed by Mel Gibson who made his comeback in this amazing true story and was filmed in Sydney Australia.

In addition we have 2 DVDs thanks from Icon Films.

In order to win make sure you are on all our social media channels FB, Twitter, and Instergram if you have accounts there and then fill your details out and send off to [email protected]

full name, address and phone number and you be in the draw for this amazing prize.
The comp will close off Sunday 26th March 2017.
Prises will be sent off to the winners after the drawing of entries.
Good luck and you will be added to our data base. THE FILM
Winner of 9 AACTA awards & nominated for 6 Oscars, This all-Australian production marks the triumphant return of Academy Award winner, Mel Gibson to the Director’s chair. HACKSAW RIDGE is the extraordinary true story of army medic Desmond Doss (Andrew Garfield) who, in Okinawa during the bloodiest battle of WWII, single-handedly saved 75 men without firing or carrying a gun. Rejected for his beliefs, Doss fought against prejudice amongst the ranks and at the highest level for the right to serve under his terms. He went on to distinguish himself as a unique hero, rescuing the wounded – one by one – from behind enemy lines and lowering each of them down the infamous ridge to safety. Injured after being hit by snipers and grenade fire, Doss went on to become the first conscientious objector awarded the Congressional Medal of Honor, which is the highest military honour in the US, awarded for personal acts of valour above and beyond the call of duty.