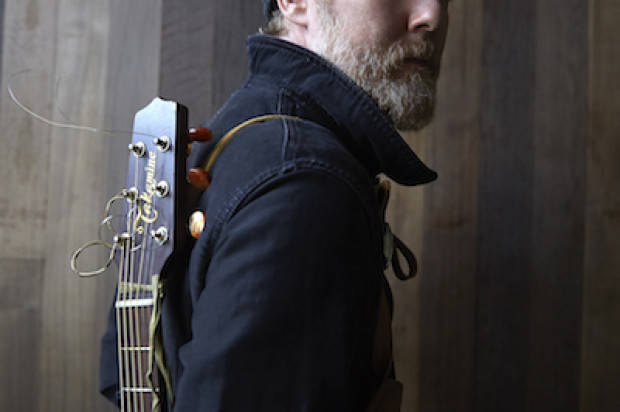 ..sincerity, compassion and conviction … tied at the hip to his craft, Hansard delivered an engaging graduate-level course in the art of being a master singer-songwriter.
Chicago Tribune

Oscar™ winning singer song-writer Glen Hansard, The Frames, of Once and The Swell Season, comes to the Concert Hall, Queensland Performing Arts Centre (QPAC) with his band for one night only on Tuesday 18 October 2016 as part of his Didn’t He Ramble Australian Tour.

With a career spanning 25 years, including heading up the hugely successful band The Frames, Hansard has won numerous awards including the Oscar™ for Best Original Song for Falling Slowly, which he wrote with Czech musician Markéta Irglová for the film Once.

Born in a less than salubrious north side suburb of Dublin, Hansard’s early passion for music literally spilled out into the streets when he quit school at 13 to live the life of a busker.

Hansard formed The Frames in 1990. Their fourth album, For The Birds in 2001, brought them international recognition. The band fought every inch of the way, touring incessantly and recording and releasing albums on bare-bones budgets. By 2003, The Frames were a platinum-selling, stadium-headlining act in their home country and around the world. To mark their 25th anniversary last year The Frames released a ‘best of’ album, Longitude.

Didn’t He Ramble (2015), Hansard’s second solo album, was co-produced by The Frames alumnus, guitarist and Grammy Award™ winner David Odlum and Thomas Bartlett who has produced for the likes of The National and Sufjan Stevens.

Glen Hansard’s forthcoming Didn’t He Ramble Australian tour features an all-star band including piano, strings and a brass section. Hansard delivers, his voice sweeping from a whisper to a defiant roar and from heartache to celebration; always taking his audiences along with him.

A self-described battler, Hansard now sells out such prestigious venues as The Hollywood Bowl, the London Palladium, New York’s Radio City Hall and the Sydney Opera House. Hansard has performed duets with the likes of Eddie Vedder, Bruce Springsteen and Ed Sheeran and become a popular guest on America’s night-time talk shows.

Glen Hansard live in concert is a truly transformative experience. Don’t miss out on seeing him at QPAC. Tickets on sale Friday 10 June 2016 via qpac.com.au or call 136 246.

Listening to Hansard and his band is a soul smile. His ability to play music with delicacy and power is astounding.
The Masonic, San Francisco

Consistency, conviction and sincerity, Hansard pulls the audience right into the moment… He has that rare ability to make everyone in the room feel like he is singing just for them.
Hotpress

His exuberance also helped transform the venue into the equivalent of a giant pub at which tall tales, loud laughter and familiar songs are shared by everyone.
Chicago tribune

Hands down, it was one of the more emotionally stirring moments of the festival.
Rolling Stone, Glen Hansard at the Americana Festival, September 2015