Glenn A. Baker Will Host Rock The Boat In 2016 With Sixties Musical Legends

Cruise Glenn A. Baker ROCK AND ROLL LEGEND Rock The Boat sixties music by Caroline Russo | on November 4, 2015 | 0 comments | in Interviews | Like it 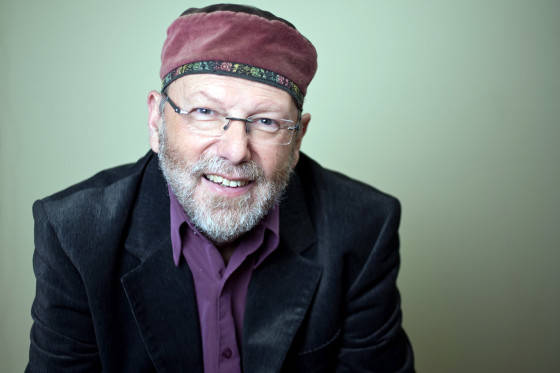 Glenn A. Baker is known for being the encyclopaedia of music knowledge, so it’s no surprise that he will play the role of host and ambassador for Rock the Boat 6. What is Rock the Boat? With 2016 marking its sixth consecutive year, Rock the Boat takes you on a walk down memory lane, reliving the sights and sounds of the British music invasion in the swinging 60’s. Why is it called Rock the Boat? Well, it just so happens to take place on the water. Guests will step aboard the Royal Caribbean’s luxurious Legend of the Seas and transport you back into the 60’s for 7 nights.

Hush Hush had the chance to speak with host Glenn A Baker who gave us an idea of what passengers can expect on the 7 day musical journey. Baker says, “I can’t wait to get on board as this is my first time for me.” This years star studded event was celebrated with the Australian Legends of Rock. It featured the likes of Jimmy Barnes, Ross Wilson, Glen Shorrock, Brian Cadd, Frankee J Holden and Swanee. That was hosted by Molly Meldrom.

For what I am about to embark on and next years line-up includes, Peter Noone – the original voice of Herman’s Hermits: No Milk Today,I’m Into Something Good Gary Puckett and The Union Gap: Young Girl, Woman Woman, This Girl Is A Woman Now The Troggs: Wild Thing, Love Is All Around, With A Girl Like You The Pacemakers: Ferry Cross The Mersey, Don’t Let The Sun Catch You Crying The Fortunes: Here Comes That Rainy Day Feeling Again, You’ve Got Your Troubles Mike Pender’s Searchers: Needles & Pins, Sweets For My Sweet, Don’t Throw Your Love Away, Badfinger featuring Joey Molland: No Matter What, Baby Blue, Come And Get It,Brian Poole & Chip Hawkes: Silence is Golden, Do You Love Me, Someone Someone, PJ Proby: Hold Me, Somewhere, Mission Bell And many, many more…

“The cruise hosts pretty much some of the cream of the 60’s and this alone is quite remarkable to have them all together. These are the acts that have had a hold on people, as back then rock roll was fresh and new, and it was a suggestion by our parents in those times then that we should not like the music and what they were doing, but in the end we all adored it, especially back in The Beatles time.” Baker assures us that the cruise itself will be one hell of a party. The passengers, who will be in the company of music legends on a voyage to the South Pacific will no doubt experience a once in lifetime moments, and they be wanting to grab every moment to meet a lot of music legends while they are cruising. Baker say we will have quizzes, and Q&A sessions with give aways and no doubt share many stories and yarns.
He says, “There is so much history to explore on the boat and some of the truly pivotal acts of that era. Their infectious music and the movement that these bands created the centre of what shaped the face of popular culture for decades,” he said.

Be sure to book your tickets to this once in a lifetime music experience. Rock The Boat will take place Sunday 6th November to Sunday 13th November 2016 visiting Lifou (The Loyalty Islands) and The Isle Of Pine (New Caledonia). For more information and how to book your cabin go to http://www.chooseyourcruise.com.au or call 1300 247 371.