GLENN SHORROCK & BRIAN CADD ARE BACK AT TWIN TOWNS 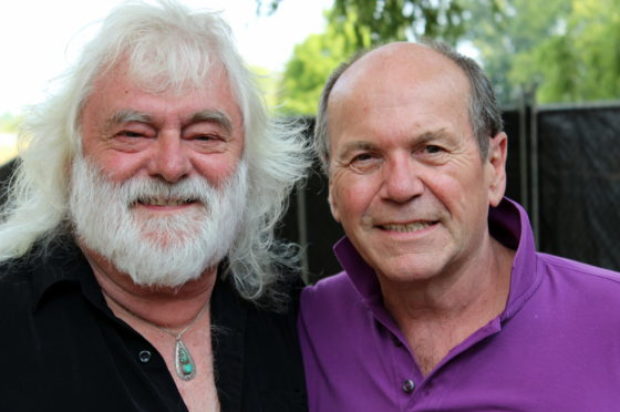 GLENN SHORROCK & BRIAN CADD
Performing at Twin Towns Services Club on Saturday 25 February & second show now on sale Sunday 26 February
Following their record-breaking SHARKY AND THE CADDMAN tour in 2013, GLENN SHORROCK and BRIAN CADD are reuniting on stage for a limited Australian tour in 2017 and returning to Twin Towns Services Club for on Saturday 25 February and Sunday 26 February.

Joined by Axiom members and featuring legendary singer/guitarists Sam See and Glyn Mason, this will be an evening full of wonderful music, poignant memories and loads of laughs.
Looking back at what Brian & Glenn see as ‘the best of times’ and forward with humour to “the continuing adventures of Cisco & Pancho”

Fans can expect a smorgasbord of timeless smash hits such as Little Ray of Sunshine, Reminiscing, Ginger Man, Arkansas Grass, Cool Change, Help is on its Way and Don’t You Know its Magic from the 60’s to the 80’s, harvested from their past supergroups The Twilights, The Groop, Axiom, The Bootleg Family, and Little River Band.

Both artists have each recently released new albums which they will also perform a few of these songs within the show.
“We are really looking forward to heading back to Twin Towns and performing to our many fans there”, said Shorrock.
“There is no question it’s going to be a tonne of fun, with Saturday show nearly sold out we are now performing a second show on the Sunday!” said Brian.

Take a journey over FIVE decades with GLENN SHORROCK and BRIAN CADD, two of Australia’s most successful and internationally renowned music legends.