#brisbaneevents PAT RAFTER TENNIS FANS by Caroline Russo | on October 30, 2022 | 0 comments | in SPORTS NEWS | Like it 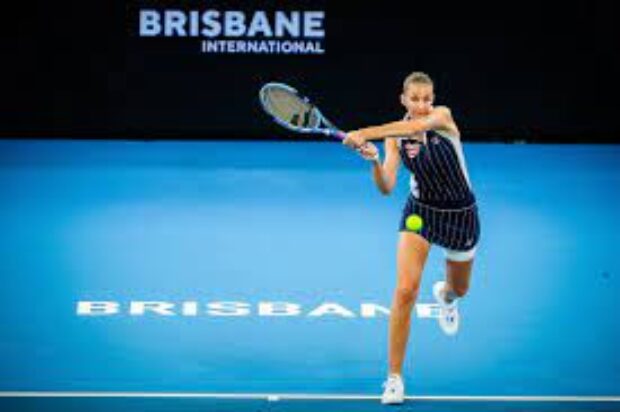 The global tennis season is serving up a new competition opening with the United Cup’s Brisbane group stage scheduled for Pat Rafter Arena from Thursday 29 December 2022 to Wednesday 4 January 2023.

Tourism and Sport Minister Stirling Hinchliffe said around 6,000 tennis fans were predicted to travel to Queensland for the United Cup.

“We know Pat Rafter Arena is a favourite with players and it will be terrific to see the stars of the game back in Brisbane for Queensland’s traditional summer of international tennis,” Mr Hinchliffe said.

“Blockbuster events of the calibre of the United Cup usually bring thousands of Queensland and interstate tennis fans to Pat Rafter Arena.

“The 2022-23 international summer of tennis is Brisbane’s first since the pandemic and another green shoot of recovery for transnational sport in Queensland.

“Queensland tennis fans will witness the mastery of the games’ big names in the hunt for the world’s biggest prize pool outside of the Grand Slams.

“The United Cup is a world-first spectacle of men’s and women’s tennis greats playing side-by-side for their countries.

“First-class international tennis is game, set and match for our great Queensland lifestyle, generating an estimated $8 million for the visitor economy and supporting more good jobs.”

Two WTA singles, two ATP singles and a mixed doubles match are to be played out at Brisbane’s Pat Rafter Arena.

The first 12 countries will qualify for the United Cup via the six highest ranked men and women from an individual country that enter.

Remaining teams will qualify according to the best combined ranking of the highest ranked men’s and women’s players from the same country.

Tennis Australia CEO Craig Tiley said the United Cup was a unique opportunity to unite the men’s and women’s tour in a way never seen before.

“We have the opportunity here in Australia to leverage tennis’ unique position to allow the world’s top men and women to compete side by side and represent their country at the highest level,” Mr Tiley said.

“We couldn’t be more delighted to see how this event unfolds in January across Brisbane, Perth and Sydney.”

Brisbane Lord Mayor Adrian Schrinner said he was thrilled to welcome international tennis back to Brisbane, taking its place in the city’s jam-packed summer sports calendar.

“Local sports fans and visitors to the city will be amongst the first in the world to experience this new format, cheering on homegrown and international stars on the court, while the event injects millions into our local economy and businesses off the court.”

The agreement with Tennis Australia to bring the United Cup to Pat Rafter Arena was secured by the Queensland Government’s Tourism and Events Queensland and Brisbane City Council-owned Brisbane Economic Development Agency.

The event’s draw will be held on Thursday 10 November. See www.UnitedCup.com for details.