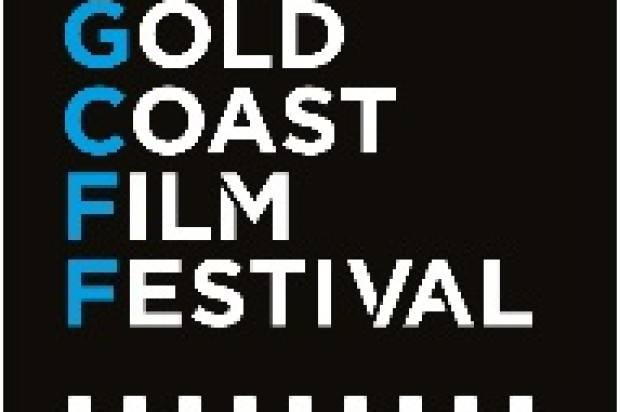 GOLD COAST Thursday, 6 March 2014 – The Gold Coast Film Festival (GCFF) presented by Pacific Fair Shopping Centre today unveiled its 2014 program showcasing 40 feature films from a diverse selection of local and international filmmakers including a wave of ‘firsts’ with three world premieres, 15 Australian premieres and four Queensland premieres. The GCFF will be held over 10 days from April 3 – April 13 2014 at Birch, Carroll and Coyle Cinemas plus other venues across the Gold Coast.

In her first year as GCFF Festival Director, Kylie Pascoe said this year’s program will diversify and expand on the previous festival offerings.

“The Gold Coast is one of the fastest growing cities in Australia and with that; the tastes of the local audience are expanding too.

“One just needs to look at our changing skyline, significant suburban growth plus the ever-changing diversity in the people to know it’s important for major cultural events like the GCFF to reflect this growth, diversity and overall change. We are therefore opening our curtains wider this year.”

Delivering a program that aims to exceed the expectations of residents, visitors, and local filmmakers, the GCFF endeavours to reflect the emerging and dynamic cultural scene and tap into the evolving creative spirit and potential.

In 2014 the GCFF will open up its international profile and put the GCFF on the world stage so that leading filmmakers and members of the film community will put the GCFF on their international film festival travel radar. With this in mind, the GCFF recently announced its opening night film, the critically acclaimed and highly anticipated The Grand Budapest Hotel from award winning auteur Wes Anderson. The closing night film is set to be announced soon and is sure to give local horror enthusiasts a real thrill.

“As part of our film festival identity, it’s important for us to continue to work with independent filmmakers and showcase and support both local and Australian made films,” said Ms Pascoe.

“I am very excited to say this year we are hosting the Queensland premiere of the surfing documentary Missing starring Mick Fanning who is no doubt the hottest name on the surfing community’s lips. Missing is made by master surf filmmaker Taylor Steele who shot down the barrel – through the surf barrels – at the Gold Coast and other surfing destinations across the global seas.”

Writer-director Aaron Wilson’s debut feature film, Canopy, a Singapore/Australian co-production will have its Australian premiere at the GCFF whereby Wilson will be attending for a special Q&A following the screening. Canopy has recently been sold to the US and is a thriller set during the Japanese invasion of Singapore in WWII

Sunshine on Leith, a film that has been likened to Mama Mia with a music bed featuring The Proclaimers, will capture that feel-good aspirations desired by the more mature Gold Coast audience (as well as the young!) This is in keeping with the heritage of the Gold Coast having a large retiree population that the city has built upon.

The GCFF will no longer focus on one international country for its foreign language film program but rather screen critically acclaimed foreign language from across the globe with this year’s countries including France, Israel, South Korea, Morocco, Austria and South Africa. Quentin Tarantino voted the Israeli film his favourite of 2013 namely, Big Bad Wolves.

The Queensland Showcase has been re-visioned in 2014 as a celebration of all Gold Coast filmmaking from the past, the present and the future. The Q-past is a special 30th anniversary screening of The Coolangatta Gold; the Q-present, in celebrating current filmmakers from the Gold Coast who are making it big at home or overseas will see the world premiere of Kimberley Joseph’s documentary The Polygon. Following the lives of the people in an area in Kazakhstan where the former Soviet Union tested the impact of nuclear weapons on the population, Joseph will return home for a special Q&A following the screening; and the Q-future will focus on the local emerging filmmaker Scott Dickson and his film Rodney Fickle: Online Athlete.

Pop Culture
The GCFF continues to embrace its pop cultural heritage with an impressive film lineup and a continued cultural partnership with the Supanova Pop Cultural Expo.

Ms Pascoe said: “We are excited to be welcoming some big Supanova stars who have films in this year’s GCFF including John DiMaggio for I Know that Voice, a collection of the world’s leading voice actors giving insight into their crafts.”

And as another coup for the GCFF it will host the first screening on the Gold Coast of one of the biggest films in the global box office at present, the Chinese film, The Monkey King 3D, an epic prequel to the classic 1970s television program Monkey Magic.

Cool Japan continues in 2014 and it is not just the best of Anime that will be screening at the GCFF with the Australian premiere of director Lee Sang-il’s Unforgiven, a Japanese remake of the Clint Eastwood classic and starring Ken Watanabe.

The GCFF will also continue to embrace its horror genre focus but this year will up the ante with a ‘Horror Marathon’ taking place on Friday 4 April screening until midnight plus it will roll out the red carpet for international guest David Gould who shall attend the Australian premiere of his latest film, The Cure which Gould wrote, directed and produced.

Other international guests include Temuera Morrison for a very special retrospective screening of Once Were Warriors, marking its 20th anniversary and with more names to be announced soon.