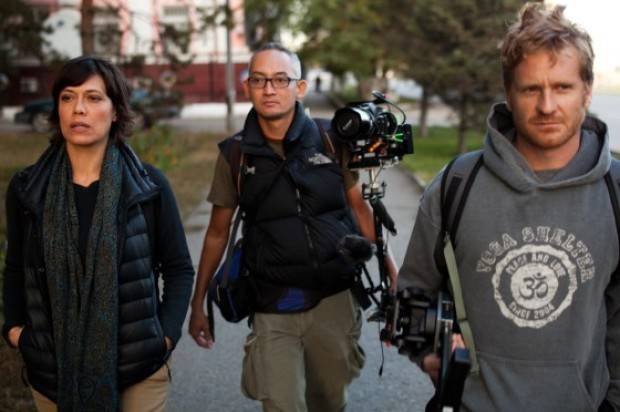 SPECIAL GUESTS OVER THE NEXT THREE DAYS INCLUDING:

Set against the 2003 Canberra bushfires, Galore sees four teens navigate the troubled waters of adolescent relationships in a world brimming with possibilities and contradictions.

FILM DETAILS: The Polygon is the story of a Kazakh village that lies just 18 kilometers from the former Soviet Nuclear Test Site. Over forty years and 600 nuclear explosions left the land, water and people battling the eﬀects of severe long term radiation exposure. Their plight has been ignored by both the Russian and Kazakh governments and their story has remained untold until now.

FILM DETAILS: Canopy stars Khan Chittenden (Underbelly, Paper Giants: Magazine Wars) and Mo Tzu-yi (Father’s Lullaby) and having its world premiere at last year’s Toronto International Film Festival, Canopy garnered positive reviews and was compared to other adventure subgenre films where one or two persons are alone against nature, a movement pioneered in 2013 by J.C. Chandor’s All Is Lost and Alfonso Cuaron’s Gravity.

Wartime, 1942. Singapore. An Australian fighter pilot shot down in combat awakens suspended in the treetops. As night devours day, he must navigate through dangerous jungle in search of sanctuary. Transcending language and culture, Canopy is a cinematic tour de force exploring the collision of war, nature and its impact on humanity.

Faced with the drudgery of his day to day routine, Rodney Fickle decides to enter the professional video gaming arena and challenge for the coveted title of ‘Online Athlete’.

This screening includes a pre-screening of the winning team of the 2014 Brisbane 48 Hour Film Project, Stinky Jim: Defender of the Earth, plus the winner of the GCFF ‘Movies of Our Lives’ competition

FILM DETAILS: All This Mayhem is an Australian skating documentary directed by Eddie Martin. An unflinching account of drugs and the dark side of professional skateboarding, the documentary tells the story of brothers Tas and Ben Pappas who rose to the pinnacle of their sport and then into a spiraling world of self-destruction.

Join regarded Queensland composer Loic Valmy, as he talks about the importance of music in film production, and how it can make all the difference.

All-media producer Ester Harding (Stormsurfers 3D, I Am A Girl) will discuss the ways transmedia can help expand awareness of your film in ways you never dreamt.

SASS Management’s Ryan Verbruggen will take us inside the world of casting to offer trade secrets on how actors can nail their next audition!

NOTE: Tickets to Mary Poppins’ screenings are free but seats are limited. To secure your seat, please visit gcfilmfestival.com

Two banker’s children lose their nanny due to her frustration with them. A change in the wind blows in an assertive nanny who matches the qualifications of the children and not the father. As she helps them magically explore the world around them the father grows increasingly disapproving of her methods, and must eventually deal with his own distance from his children. Director: Robert Stevenson. Starring: Julie Andrews, Dick Van Dyke, David Tomlinson.

The Gold Coast Film Festival (GCFF) presented by Pacific Fair Shopping Centre is being held at venues across the Gold Coast from 3 April – 13 April 2014.

For more information and to purchase tickets, please visit www.gcfilmfestival.com