Callanetics fitness queen flatten abbs Global Master Trainer Sandra Hanna by Caroline Russo | on May 24, 2016 | 2 comments | in Lifestyle | Like it

Callanetics first revolutionised the fitness industry in the 80s. Following the birth of her second son in 1987, Sandra was introduced to the world of Callanetics after reading Callan Pinckney’s book ’10 Years Younger in 10 Hours’, where she drew much of her inspiration. She knew that she had found an exercise program that would restore her body back to its youthful shape.

Spinal curvatures, back and hip pain were physical obstacles that had plagued Sandra for the majority of her life. Furthermore, a horse riding accident left her with persistent neck pain. So, Sandra studied the exercises in order to master their tiny movements. By persisting with the Callanetics program, she found that her body quickly responded with amazing results and at a rapid pace. Her body became leaner, stronger, more sculpted and had an increased amount of muscle tone. This sparked the ongoing love affair that Sandra has with Callan Pinckney’s dynamic exercise program.

Sandra certified as a Callanetics Trainer in Chicago in 2001. In the following months, she made several trips back to Chicago to attend trainings and to work with some of Callan’s most respected instructors.

A milestone in Sandra’s career was opening her Gold Coast Callanetics Studio in June 2001, teaching up to eight students in each class. Sandra has been teaching at her exclusive studio for 15 years.

Sandra values the hands-on, intimate teaching style that is a core element of teaching Callanetics and she encourages each student to embrace their uniqueness rather than compare themselves to others.

Another great achievement in Sandra’s career was in 2006 when she was selected to star as the lead presenter in a new range of Callanetics DVDs. The ball kept on rolling after this first DVD as she went on to lead participants in 35 more Callanetics videos. 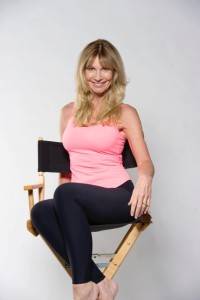 More recently, in March 2016, Sandra flew to Los Angeles as the technical advisor and consultant for the latest series of Callanetics DVDs. She is now the Global Master Trainer, certified by Callan Pinckney herself, and is planning to hold live training sessions throughout Australia, New Zealand, UK, Europe and US.

On top of this, Sandra is also a Somatic Exercise Coach. She runs workshops suited to those of an older demographic or who are unfit or may suffer from chronic knee, back, hip or neck pain. She leads participants gently through a process that eliminates muscle and joint pain and reverses ageing. This process also prepares the student for the deep Callanetics body sculpting program.

Sandra’s passion for the Callanetics program shines brightly and is obvious to all who meet her. At 60 years old, she is grateful that she has a body that is youthful in shape, free from pain, strong and flexible. 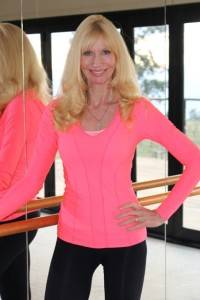 Sandra’s mantra is to empower men and women of all ages to never give up on themselves. She is a strong believer in that we can not only delay but reverse the effects of ageing in order to remain youthful, full of vitality and to live free of pain.

The remakes of the Callanetics videos are set to be launched in the US and Europe in June 2016, and in Australia and New Zealand soon after. The remakes of the Callanetics videos are set to be launched in the US and Europe in June 2016, and in Australia and New Zealand soon after.