Gold Coast Show and Shine bigger and better in 2016 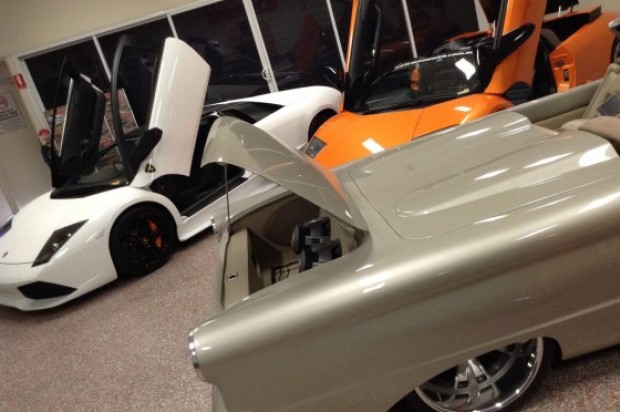 Gold Coast Show and Shine bigger and better in 2016

Car enthusiasts are in for a treat during the 110th annual Gold Coast Show brought to you by Minc Building Services.

Show manager Lavinia Rampino said Hot Rods, Classics and Muscle Cars would be just some of the exhibits gracing ‘The Lawn’ on Sunday August 28 for the inaugural Auto Mania Show and Shine competition.

“Last year we had Exotic cars such as the Ferrari, Lamborghini and Aston Martin on static display and they were very well received,” Ms Rampino said.

“This year we are looking to give the community 110 reasons to visit our spectacular 110th anniversary Show and while the Exotics will be back they will now be joined by the inaugural Auto Mania Show and Shine competition allowing the community to showcase their own cars and bikes.” Ms Rampino said the initiative had been met with enthusiasm with 49 exhibits entered before the competition was officially advertised.

“The very experienced Rob Webber is organising Auto Mania for the Show and we would like to see between 100 to 150 cars and bikes competing for a Best of Show trophy across 19 categories,” Ms Rampino said.

“People will also still be able to have their photo taken beside one of the Exotics on any of the three days of the Show,” Ms Rampino said.

“We are setting up a special tent and a different Exotic car will be parked under it each day for Show patron selfies.”

Ms Rampino said as a premier not-for-profit community event the Gold Coast Show was growing and constantly evolving to cater to the diverse nature of the local population.

“We are always striving to offer a wide variety of exhibitor competitions, community and professional entertainment and diverse attractions to have something to interest every one of the thousands of supporters and patrons who visit the Show each year.”