The countdown is on, with just two months before the Gold Coast Show is back for 2015 and for its 109th year.

This will be the Gold Coast Show’s second year at its new location at the Gold Coast Turf Club, a move that has received overwhelming levels of community support.

Since the move to the new location, the Gold Coast Show Society has also experienced an influx of new memberships.

Gold Coast Show manager Lavinia Rampino says the Gold Coast Turf Club location gave them opportunities to reinvent the show for a new generation of show goers as well as maintaining the traditions people have come to expect.

“This year we will have access to the new show pavilion which will provide better facilities for a number of our exhibitors,” Ms Rampino says.

“We will also have a more refined layout so show goers have the best possible experience while they are here.

“Last year was a huge learning curve in terms of both logistics and location and the layout and line up will make this year’s show even better.” 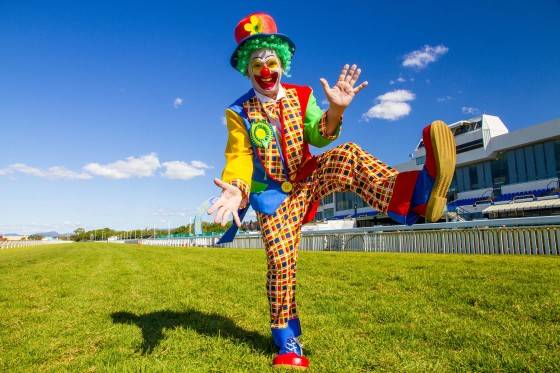 The countdown to the Gold Coast show also marks the launch of the Miss Gold Coast Showgirl Competition.

Miss Gold Coast Showgirl 2014 Runner-up Emma Neave says the competition is a great opportunity for Gold Coast girls to get involved in the local community.

“This competition gives Gold Coast girls the chance to get out-and-about within the community, gain self-confidence, make lifetime friendships and be a part of a competition which goes far beyond appearances,” Ms Neave says.

“These events bring the community together, and I’m so excited to see the new entrants for the 2015 Miss Showgirl and Miss Teen Showgirl.

“My advice to the 2015 entrants would be to just have fun, however keep in mind that the judges will be looking out for factors such as community spirit and insight into the show and agricultural industries.”

Ms Rampino says previous year’s winners have gone on to win at higher level competitions, such as the South East Queensland Showgirl Competition, which we will be hosted at the Gold Coast Turf Club this year.

“Some of our girls have gone onto compete at the highest level, Miss Showgirl Australia, not to mention the achievements they accomplish in their personal careers.

“Young women who have entered in the competition are aged between 18 and 27 years and live in the Gold Coast, Tweed Coast or Hinterland areas.”

The Gold Coast Show will be held at Gold Coast Turf Club from 28 to 30 August.