Gillian Flynn gone girl psychology dynamics by Caroline Russo | on September 24, 2014 | 0 comments | in Film | Like it 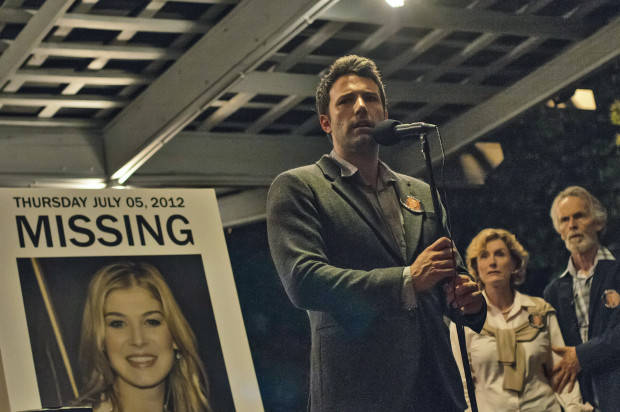 Gone Girl at Home on the Big Screen
By Douglas Kennedy

The much awaited film adaptation of Gillian Flynn’s New York best seller, Gone Girl, is about to open in Brisbane with a red carpet screening at the Dendy Portside.

On the surface, the Dunnes appear to be a really together couple, but it soon becomes clear that there are lies, deceits and some really strange behavior at the heart of their relationship.

Soon the police – and the audience – are asking if Nick killed his wife or is she simple living the good life somewhere else with her lover?

When Flynn wrote the book she said she wanted to explore the ‘psychology dynamics’ of a long-term relationship.

Actress, turned film producer, Reese Witherspoon was quickly drawn to the story as she reasoned it had a strong role for a woman, but the part went to Pike.

The book rights were snapped up by Witherspoon – who is partnered on the project by 20th Century Fox – for $1.5 million and director David Fincher started filming in September, 2013.

His most recent work was the American version of The Girl with the Dragon Tattoo.
The Dendy will host a red carpet preview of the movie on October 1 complete with glass of champers – 6pm for 6.30pm – and the film opens October 2.