arts Goran Bregovic Goran Bregović and his Wedding and Funeral Band Balkan Party QPAC by Caroline Russo | on September 8, 2015 | 0 comments | in arts | Like it 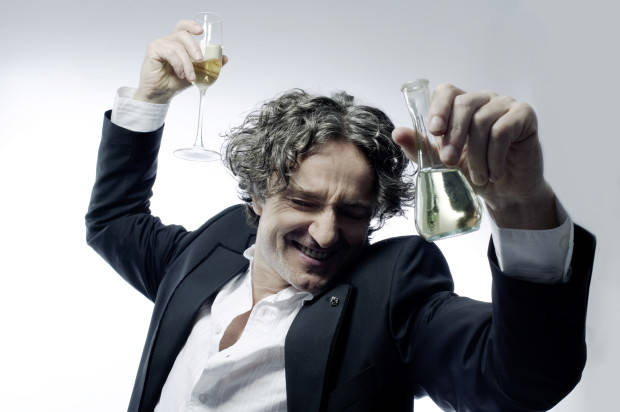 Continuing his never-ending world tour of Gypsy-filled brilliance, Bregović along with his Wedding and Funeral Band will fill QPAC’s Concert Hall with a wonderful and festive blend of Gypsy brass, traditional Bulgarian vocals, polyphonies and percussion; frantically blended with Bregović’s electric guitar and synth.

Once the leader of former Yugoslavia’s biggest band – the multi-million selling Bijelo Dugme – the Serbian-Croatian has led an unbound career combining both Corsican and Georgian traditions with the electric guitar; producing infectious results.

Drawing from a legendary calibre of interpreters including Iggy Pop, Scott Walker, Polish star Kayah and fellow party-starters the Gypsy Kings, the 65-year-old composer is perhaps best known for the heart-wrenching scores written for the Palme d’Or-winning filmmaker Emir Kusturica, beginning with 1989’s Time of the Gypsies and culminating in the instant-classic Underground (1995).

Entering a banner year that has already seen the French Ministry of Culture honour him with the medal of Chevalier des Arts, the all-white clad Bregović continues to break cultural boundaries in a sonic dream where race, sex, age and religion meld into one.

Returning to QPAC after his 2013 Queensland debut, with his band in feverish form, the modern Gypsy champion will bring beautiful calamity to the Concert Hall in a celebration featuring his hit songs from Underground to his Roma-devoted Champagne for Gypsies.

Goran Bregović and his Wedding and Funeral Band Balkan Party will be a not-to-be missed treat for the eyes, ears and heart. Tickets are now on sale at www.qpac.com.au or phone 136-246.

****½ ‘From sweeping majesty to riotous ecstasy‘
The Age