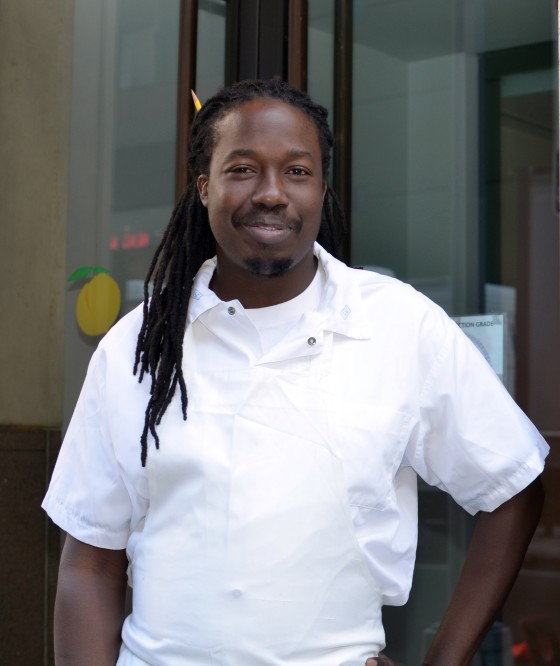 Momofuku Seiōbo, located at The Star Sydney, has been crowned Best Restaurant of the Year at the prestigious Australian Gourmet Traveller 2017 National Restaurant Awards last night.

The coveted title was awarded to Executive Chef Paul Charmichael and his team by Australian Gourmet Traveller magazine, which commended the restaurant for a successful year with “a new chef, a new direction and a whole new flavour”.

The Star General Manager of Food and Beverage, Andy North said: “We are delighted Paul and the team at Momofuku Seiōbo have been recognised for their commitment to delivering outstanding and thrilling dining experiences with inventive and surprising menus and attentive service.”

Formerly the Executive Chef of award-winning Momofuku Má Pêche in Manhattan, New York City, Carmichael relocated to Sydney in 2015 to take over the kitchen at Momofuku Seiōbo.

Originally from the island of Barbados, Carmichael delivers flavours of the Caribbean through his frequently changing multi-course tasting menu, which is inspired by the bounty of inter Australian ingredients.

Momofuku Seiōbo Executive Chef, Paul Carmichael said: “Moving to Sydney and joining the team at Seiōbo has been such a damn good experience. The hospitality community has been so supportive from the very beginning. The culture and the food at Seiōbo have changed a lot, but being able to reflect the personality and heart of our kitchen team has been our main focus over the past year. Being recognised for that is just such a huge honour.”

This is the second time the Sydney restaurant has taken out the top gong, having been named Best Restaurant of the Year in 2014 under the leadership of Ben Greeno.

For more information and reservations, please visit www.star.com.au or www.seiobo.momofuku.com.