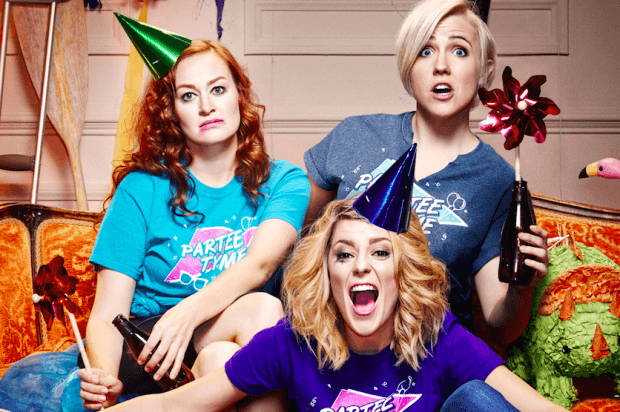 During the “Holy Trinity Q&A” at VidCon 2016, Grace Helbig, Mamrie Hart and Hannah Hart premiered the DIRTY 30 trailer and announced that the film will be available in select theaters and Digital HD September 23 and on DVD exclusively at Target September 27.

Lifelong friends Kate (Mamrie Hart), Evie (Grace Helbig) and Charlie (Hannah Hart) are in a rut. Kate spends her days at a middling job and her nights alone or on failed dates. Evie is married with the in-laws from hell, wandering from one charitable cause to the next. Charlie has the girl of her dreams but just can’t seem to pull her business (or her act) together. On the eve of Kate’s 30th birthday, she agrees to let Evie and Charlie throw her a party. But what’s supposed to be a simple celebration becomes a wild who’s who of past and present, and things quickly spiral out of control.