RCA Records’ vocal powerhouse, GRACE, has today released ‘Boyfriend Jeans’, the follow up to her #1 single to ‘You Don’t Own Me’. Originally appearing on the MEMO EP in its demo form, ‘Boyfriend Jeans’ is a deep emotional ballad, which was written by GRACE when she was only 16 years old.

Singer-songwriter GRACE, now 18, is one of the hottest pop-soul prospects this year. Hailing from Brisbane, Australia with UK roots, GRACE grew up where the sounds of Smokey Robinson to Janis Joplin, and Shirley Bassey to Amy Winehouse, filled her home and fueled her soul. With a strong musical heritage (her grandparents were singers with the Gibb brothers), GRACE developed a raw, throaty, soulful sound whose emotional timbre belies her tender years.

GRACE’s debut single, a cover of Lesley Gore’s 1963 hit ‘You Don’t Own Me’, features production by legendary award- winning producer Quincy Jones (who also produced the original version) and Parker Ighile, and features American rapper G-Eazy. The re-imagined track has since become one of the biggest hits of 2015 in Australia, hitting #1 on the ARIA Singles, iTunes, and Shazam charts, and #2 airplay. ‘You Don’t Own Me’ is now certified double-platinum in Australia and has reached over 14 million plays on Spotify. The official video for ‘You Don’t Own Me’ has surpassed 3.7 million views on YouTube. 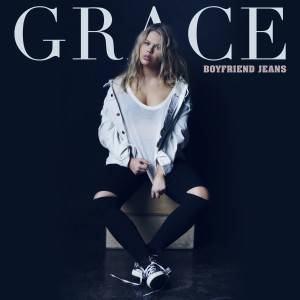