Grammy Award winners and platinum-selling recording artists Pentatonix release their new documentary, On My Way Home, exclusively via Vimeo On Demand today. The 90 minute documentary follows the group on their journey back home to Texas after they received their first platinum selling album with THAT’S CHRISTMAS TO ME and won their very first Grammy. With the expectations set higher than ever and the group riding a wave a success, PTX continued their domination on the road with their SOLD OUT North American On My Way Home Tour. Mixed with live performances, fans will get a behind the scenes look as the group perfects their tour, starts recording their first original album and shares their experiences of how their wildest dreams are coming true.

The documentary, which was produced by Scheme Engine (Where I’m From: JAY Z, One The Road: Macklemore, & Beyonce & JAY Z’s “On The Run” Tour), is available for purchase now at Vimeo On Demand (smarturl.it/PTXvimeo).

Since bursting onto the scene in 2011, Grammy Award-winners and platinum selling recording artists Pentatonix have sold more than 2 million albums in the U.S. alone and amassed nearly 1 billion views on their YouTube channel with more than 8.2 million subscribers. Their latest holiday album – THAT’S CHRISTMAS TO ME – sold more than 1.1 million copies in the U. S., becoming one of only four acts to release a platinum album in 2014. In February 2015, the group received their first GRAMMY® Award for Best Arrangement, Instrumental and A Cappella for their “Daft Punk” medley. Most recently, the group just wrapped their sold out On My Way Home world tour. In May, Pentatonix made their film debut in Pitch Perfect 2 and will hit the road with Kelly Clarkson in the US in July. 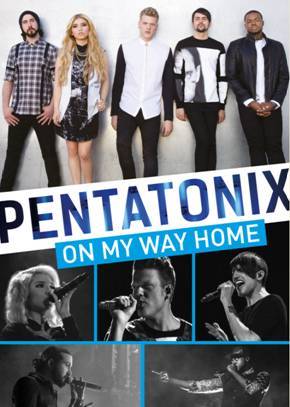