rising sun pictures screen news screenwest weta by Caroline Russo | on May 4, 2017 | 0 comments | in Film News | Like it 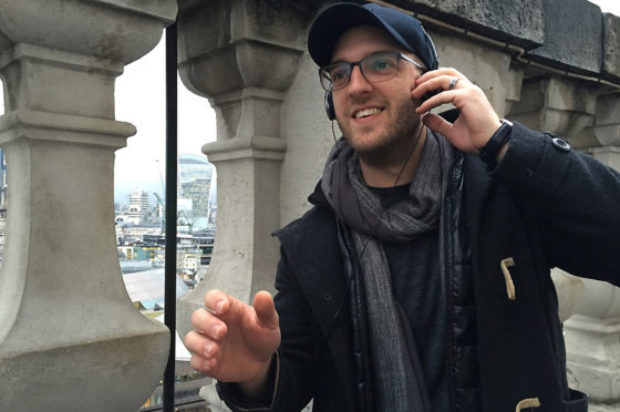 Screen Australia, South Australian Film Corporation and Screenwest have announced production investment funding for Mother, a thought-provoking sci-fi thriller that brings a dark and electrifying edge to this unique mother-daughter story. Based on an original concept by West Australian director Grant Sputore and writer Michael Lloyd Green, the script was one of the most sought after on the 2016 Black List.

Sputore is an award-winning commercial director who was selected by the Australian Directors’ Guild to be a director’s attachment with Kriv Stenders on Kill Me Three times in 2014 and made an impressive foray into scripted with his short film Legacy. Mother will be Sputore’s feature film debut. It is being produced by The Penguin Empire’s Kelvin Munro and Southern Light Films’ Timothy White (Son of a Gun, Sleeping Beauty), and co-produced by Anna Vincent (Embrace). Executive producers are Jean-Luc de Fanti (The Private Lives of Pippa Lee), Terry Dougas (Jane Got A Gun), and Paris Kasidokostas-Latsis, whose film Good Time will screen In Competition at this year’s Cannes Film Festival.

Mother tells the story of a lonely teenage girl known as Daughter, the first of a new generation of humans to be raised by Mother – a kindly robot designed to repopulate the earth after the extinction of mankind. Their unique bond is threatened when a blood-drenched woman (Drifter) inexplicably arrives at the bunker, begging for help. Overnight the stranger calls into question everything Daughter has been told about the outside world and her Mother’s intentions.

“From its inception this is a film that was intended to get people’s hearts pounding and their brains firing, in equal measure,” said director Grant Sputore. “Michael and I set out to create a screenplay that captures the excitement of the sci-fi thrillers we grew up watching, while exploring contemporary themes that would move, fascinate and enthrall audiences.”

“With three female protagonists driving the central storyline and an emerging director who shows great promise at the helm, Mother was a chance for us to support a rare Australian sci-fi film with a unique and compelling concept,” said Sally Caplan, Head of Production at Screen Australia. “It is a testament to the strength of this project that is has secured excellent Australian, New Zealand and international marketplace support, and we are confident it will prove to be a tremendous career opportunity for Grant Sputore and long-time collaborator Kelvin Munro.”

Rising young actress Clara Rugaard has been cast in the role of Daughter, and casting is currently underway for the voice of Mother and the role of the Drifter. The legendary WETA Workshop (Avatar, The Lord of The Rings) will be creating the titular robot, with Rising Sun Pictures (Logan, The Water Diviner) completing the film’s visual effects. Filming will commence soon in Adelaide.

“Adelaide Studios are the perfect facility to host the 90% studio-based production where we know the creative team for Mother can deliver a truly unique world,” said SAFC CEO Annabelle Sheehan. “With post and visual effects also taking place in South Australia, the project will draw on the globally acclaimed talent of Adelaide-based Rising Sun Pictures and Kojo Productions. We congratulate SA’s Southern Light Films’ Timothy White and Anna Vincent in bringing this remarkable high concept film to South Australia.”

Screenwest CEO Ian Booth said the funding body is proud to have supported the careers of director Grant Sputore and producer Kelvin Munro from The Penguin Empire for many years, and to have supported Mother from early development. “Grant and Kelvin are exciting talents and the significant international attention Mother has received is a testament to this”, he said. “To see the scale of the production grow and world-class partners including WETA and Rising Sun Pictures come on board, all led by a dynamic Western Australian team in Grant and Kelvin, is very exciting.”

Mother has received production investment funding from Screen Australia and SAFC in association with Screenwest, Lotterywest, Rising Sun Pictures and Kojo. The film is being represented by Mister Smith Entertainment and WME Global for international sales.