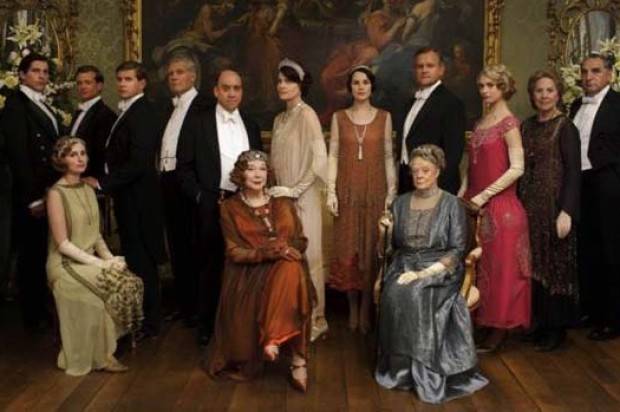 After the awful and usual summer drought, here is what we can look forward too.

THE BLOCK: FANS VS FAVOURITES

Former contestants, TWINS, Alisa and Lysandra Fraser, the amiable Brad Cranfield (from NSW who won The Block in November) and the dry tattooed tradie Dale Vine (from Victoria) have joined forces to create another team that will take on four new couples – Chris and Pas, from Queensland, Kyal and Kara (NSW), Chantelle and Steve (VIC), and Jesse and Kenny (Qld). Teams are set to transform Dux House, a former movie theatre, in the Melbourne bayside suburb of Albert Park into apartments.

Love Child tells the stories of young women and men fighting an unjust system in a world on the brink of change. It’s 1969 in Kings Cross and Joan Millar (Jessica Marais), a smart and sophisticated midwife, returns home from London to take a job at the Kings Cross Hospital. Joan finds a new life for herself, at a time when Australia is coming of age and the new generation believes anything is possible in this time of ‘free love and peace’.

The question on everyone’s lips will finally be answered when Sherlock returns with three brand-new action-packed adventures. How did he do it? And how will John take the news that his best friend faked his own death? Once again, the game is on for Sherlock and John.

My Kitchen Rules is back in 2014 with Pete Evans and Manu Feildel it’s 5th season.

Zach lies in a coma (will he die?), Frances’ need for answers leads to a shock revelation and Jenny’s home from the US.

After the bomb – who will make it out alive and who will say goodbye?

New lives, a newborn and new business engage the Breaverman family in the fifth season.

Back from a successful run in Boston, “Bombshell” is off to Broadway. This “shocking” season has guest stars Will and Grace’s Sean Hayes (Jack), Rosie O’Donnell and Oscar winner Jennifer Hudson to name a few. A new talent (Jeremy Jordan) is discovered in an unexpected place, with major consequences. Meanwhile, Derek (Jack Davenport) copes with a damaging accusation.

Following Matthew’s untimely death, new mother Mary is struggling to come to terms with her loss. Robert and Violet disagree on how to bring her through it. Downstairs, hearts are set to be broken as Jimmy finally takes an interest in Ivy. Carson has an unwelcome reminder of his past while Mrs Hughes sees an opportunity to help grief stricken Isobel. Thomas is up to his old tricks and has the children’s Nanny in his sights.

In The Hamptons, Emily Thorne’s course of revenge is renewed and set against an unexpected timeline. The return of Victoria Grayson’s son brings changes and complications to the all-powerful family. And a glimpse into the future shows that the wedding of the century may lead to Emily’s ultimate demise.

NEVER TEAR US APART – THE UNTOLD STORY OF INXS

Luke Arnold (Winners & Losers) will star as Michael Hutchence, newcomer Nicholas Masters is Tim Farriss, Ido Drent (Offspring) is Jon Farriss, Andy Ryan (Underbelly: Squizzy Taylor is Andrew Farriss, Alex Williams (Underground: The Julian Assange Story) is Kirk Pengilly and Hugh Sheridan (Packed to the Rafters) is Garry Gary Beers, while Damon Herriman (Love My Way) is the band’s manager, CM Murphy. In this major, two part television event. Promising an authentic behind the scenes look beyond the music, Never Tear Us Apart: The Untold Story of INXS will tell the band’s extraordinary and uncensored story – with full access to their archive of music, photography and stories.

Magician Ben Hanlin goes undercover using sleight of hand, mental powers and misdirection to pull epic magical pranks on members of the public and celebrities. This time Rylan has a very strange encounter in a lift and boyband Blue will get the shock of their lives.

This season sees Keith Urban return with Jennifer Lopez (who tried before) and the charismatic Harry Connick Jr. Ryan Seacrest returns as host of – AMERICAN IDOL!

As his world falls apart, Ben finds himself with no choice but to try to find the real killer. At stake is his marriage, his kids, his reputation and his sanity. “Ben” is played by Martin Henderson from the films Litle Fish, Bride & Prejudice and the TV flop Off The Map.

The second season should finally appear on our screens, even if it was promised last year. Season one is currently airing late at night on Ten.