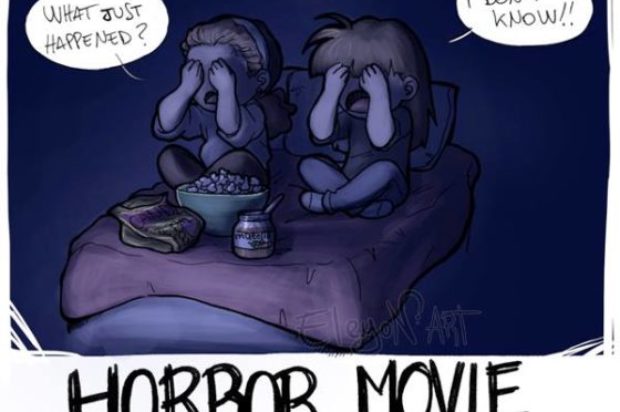 Graduates from Griffith Film School have dominated a competition to find the state’s most promising young horror auteurs.
Three teams of GFS grads have won entry into Los Angeles’ famed Screamfest movie festival – beating out nearly 100 entries from around the state.
As part of the Screen Queensland SCREAM! Queensland competition, the filmmakers will develop and produce 8-10 minute horror films, each with a budget of up to $40,000.

The completed films will premiere in October at Screamfest, the largest and longest running horror film festival in the United States.

The filmmakers will workshop their concepts next month with local horror gurus Shane Krause and Shayne Armstrong (Bait, Acolytes).

“It is a huge honour for our graduates to win entry into Screamfest, one of the most prestigious genre film festivals in the world,” she said.

“Festivals like this allow our young filmmakers to present their work to an influential audience and get a foothold in the overseas industry.

“The fact that all three winning teams featured GFS graduates speaks volumes about the quality of our faculty and courses.

“It is also evidence of the strong connections between Griffith Film School, organisations like Screen Queensland and the international film industry.”
Screen Queensland CEO Tracey Vieira said her organisation hoped to develop an annual partnership with Screamfest, which has uncovered box-office smashes like Paranormal Activity and is supported by leading directors including Sam Raimi, Eli Roth and John Carpenter.
SCREAM! Queensland is part of Q Originals, a Screen Queensland initiative to create opportunities for the state’s creative talent to develop standout stories for the screen.
The winning concepts are:
· In Hobby Shop, a little girl’s passion for toys becomes all too real. Co-produced by Ryan Greaves and Isabel Stanfield, co-directed by Isabel Stanfield and Stephanie Liquorish, co-written by Stephanie Liquorish, Zac Loy and Jacob Irvine.
· Post Mortem Mary is set in 1860s Maleny where a young girl is forced to overcome her fear of death as she stares it in the face. Produced by Daniel Schultz and written/directed by Joshua Long.
· In Slaughter at Lonesome Rock, a police woman investigating two abandoned cars on an isolated country road is drawn into a horrifying encounter. Directed by Lucas Thyer, co-produced by Jeff Tseng and Caitlin Johnston, and written by Simon Jeffares.