Groundwater Country Music Festival is returning for its 7th year with a bumper line-up including reigning King and Queen of Australian Country Music Lee Kernaghan and Beccy Cole and the big winners at the 2019 Golden Guitars, The Wolfe Brothers plus the cream of the crop of the Australian country music scene.
Groundwater is Australia’s fastest growing music festival and last week it was announced the event has been elevated to ‘major status’ by Tourism and Events Queensland (TEQ) due to its importance to Queensland’s economy and significant growth in generating visitation to the Gold Coast. The popularity of the country music genre is at an all-time high in Australia, reflected in the enormous growth of Groundwater and the broad cross section of age groups attending the festival.

Assistant Tourism Industry Development Minister Meaghan Scanlon saidTEQ had upgraded the festival’s status after the 2018 edition generated more than $5 million for the state’s economy – a 25 per cent increase from 2017.

“Since the event’s inception in 2013, it’s grown from strength-to-strength. Last year more than 63,000 people attended the event, generating nearly 30,000 visitor nights for the Gold Coast,” she said.

This FREE festival will be held July 26-28 in Broadbeach on the stunning Gold Coast through its bars, restaurants, streets and parks. There will be more than 110 incredible live music performances with over 130 hours of free live entertainment. Click here to view the 2019 Groundwater sizzle reel.

Groundwater is proud to present a phenomenal first line-up which is heaven for long-standing country music enthusiasts and those only just starting to discover one of the world’s most popular genres of music. 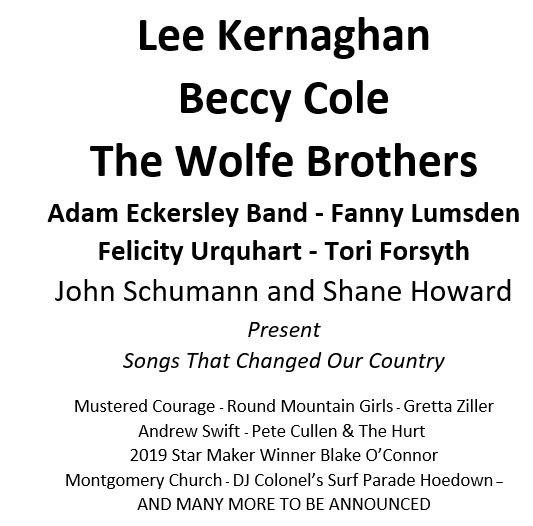 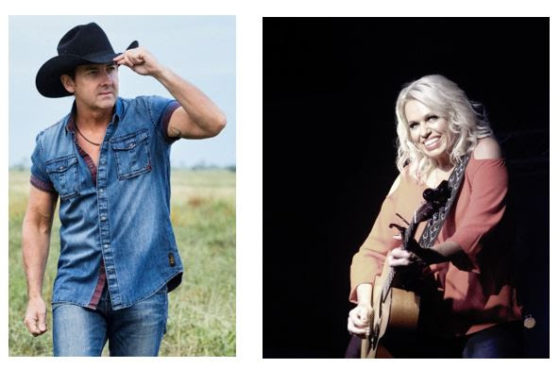 Festival Director Mark Duckworth has just been awarded ‘The Cultural Achievement Award’ at Gold Coast’s 2019 Australia Day Awards and is proud of how Groundwater is growing in popularity and continues to showcase top country artists each year.
“Groundwater Country Music Festival will always present Australian Country Music’s top artists, as well as create pathways for some of the our newest and most deserved performers,” said Duckworth. “Each year as our festival family increases our event builds its own traditions and unique experiences.”

Gold Coast local Lee Kernaghan has been awarded 36 Golden Guitars, is a four-time ARIA winner, and was presented with the ARIA for Outstanding Achievement in 2015. While he has never performed at Groundwater before, he got up on stage with James Blundell last year as a guest to close out the festival and announce that he would be back this year. Kernaghan’s music is sure to please fans with its synthesis of traditional country themes and rural rock.

“I’m super excited to be bringing my national tour to Groundwater festival,” said Kernaghan. “It’s an incredible vibe on stage and out on the street and I can’t wait to be a part of this awesome festival in 2019.”

Returning to Groundwater after performing at the festival in 2015 is Beccy Cole who recently won ‘Female Artist of the Year’ at the 2019 Golden Guitar Awards, taking her number of Golden Guitar wins to eleven. Beccy has been delighting Australian music fans for over 25 years and continued to impress them with her last album Lioness which was 100 per cent produced by females. With her husky tones and distinct sense of humour it comes as no surprise that Beccy has three gold-certified releases and more than a dozen #1 Australian country singles.

Joining these top country artists is The Wolfe Brothers who were the big winners at the 2019 Golden Guitars, taking home four awards from their five nominations. After placing second on Australia’s Got Talent in 2012, this exciting country rock band started touring with Lee Kernaghan and have developed a strong connection with audiences.

Many top female artists will be gracing the Groundwater stages this year including Fanny Lumsden who won ‘Video of the Year’ at the 2019 Golden Guitar Awards for her single Elastic Waistband. The diverse line-up also includes alt-country artist Tori Forsyth and much-loved singer-songwriter Felicity Urquhart who has opened for Willie Nelson, toured with Kenny Rogers, and just won the ‘Vocal Collaboration of The Year’ award with Kevin Bennett and Lyn Bowtell at the 2019 Golden Guitar Awards.

Andrew Swift is another artist on the Groundwater line-up who was successful at the 2019 Golden Guitar Awards, winning two of his four nominations and impressing audiences with his performance of his upbeat Alt-Country single Runaway Train. Swift was a 2017 Star Maker finalist and his 2018 album Call Out For the Cavalry debuted #1 on the ARIA Australian Country Chart and #1 on the iTunes Country Album Chart.

Also performing at Groundwater this year is newly crowned 2019 Star Maker Winner Blake O’Connor who grew up around country music and has opened the show for some of Australia’s top artists including Adam Eckersley, Adam Brand, Russell Morris, Drew McAlister and Brad Cox.

“Gold Coasters love to push the boundaries and Groundwater is symbolic of that famous have-a-go-spirit alive throughout our city,” said Gold Coast Mayor Tom Tate. “From humble beginnings seven years ago, it is now the premiere country music event in Australia, rivalled only by Tamworth. Recently Tourism Events Queensland awarded Groundwater to a Major Events status. This has elevated it into the top five for major events on our annual calendar. See you there in July.” Groundwater is presented by Broadbeach Alliance and is anticipated to bring in large crowds again this year after 61,000 people attended the 2018 festival, with 33 per cent coming from interstate.
“The growth of Groundwater has been exceptional due to the fabulous artists headlined and our wonderful destination which allows the growing number of country fans across Australia to enjoy Country Music in an urban environment with world class performers,” said CEO of Broadbeach Alliance Jan McCormick.“Of course, none of this could happen if it wasn’t for the support our City Council and Tourism and Events Queensland.”

Click here to listen to the official Groundwater 2019 playlist.

The Groundwater Country Music Festival is supported by the Queensland Government through Tourism and Events Queensland and features on the It’s Live! In Queensland events calendar, worth $800m to the state’s economy in 2019.