Andrew Jay Kenny Wax Nick Brooke QPAC The Tiger Who Came To Tea theatre by Caroline Russo | on October 20, 2015 | 0 comments | in Theatre | Like it 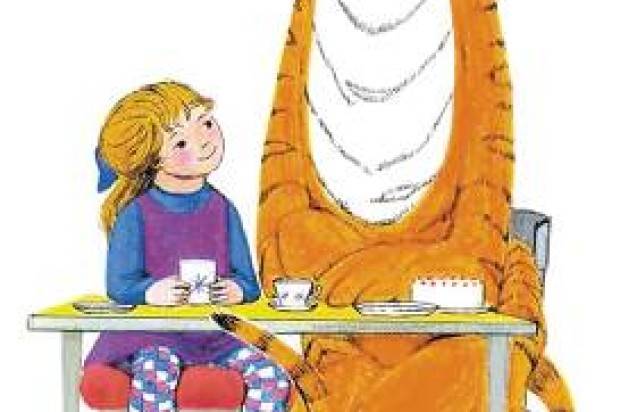 The doorbell rings just as Sophie and her mummy are sitting down to tea. Who could it possibly be? What they certainly don’t expect to see at the door is a big furry, stripy tiger!

The tea-guzzling Tiger will pounce into Queensland Performing Arts Centre (QPAC) for the first time ever in the truly magical Olivier Award nominated production of The Tiger Who Came To Tea from 14 January 2016.

Direct from a smash-hit season on London’s West End, The Tiger Who Came To Tea is brought to you by the team behind We’re Going On A Bear Hunt and has been adapted for stage by David Wood OBE, deemed the UK’s leading writer and director of plays and musicals for children.

Author Judith Kerr’s ferociously popular tale The Tiger Who Came To Tea is a Grrreat musical play and if you’ve never had a tiger arrive for tea, then this loveable production is the perfect way to show the whole family how to behave the next time one rings the doorbell.

When Sophie and her mummy welcome the hungry tiger to tea, he proceeds to eat all the sandwiches, buns, biscuits and more. And even manages to drink all the water in the tap! What will Sophie’s Daddy say when he gets home? The Tiger Who Came To Tea is the perfect slice of teatime mayhem with sing-a-long songs, oodles of magic and interactive fun for children aged two and over and their families.

Based on one of the best-selling children’s picture books of all time, Judith Kerr’s The Tiger Who Came To Tea has played a special role in the imaginations of children around the world since 1968. Now, pull the book from your shelf, and share its magic with your family at the Playhouse, QPAC this January. To book go to qpac.com.au or phone 136 246.

David Wood’s many successes include: Spot’s Birthday Party, eight Roald Dahl adaptations, including West End hits The BFG, The Witches, and Goodnight Mister Tom the Olivier Award-winner in 2013 for Best Entertainment and Family.

A joyously playful show that tickles the funny bone… The Tiger Who Came to Tea will delight families. 4.5 stars. – Herald Sun 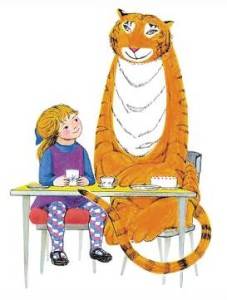 QPAC and Andrew Kay in association with Nick Brooke and Kenny Wax present:

Suitable for children aged 2 years plus.