Britt Burton COME HOME WITH ME GUY SEBASTIAN Mario Marchetti Who’s That Girl by Caroline Russo | on August 4, 2014 | 0 comments | in Music | Like it 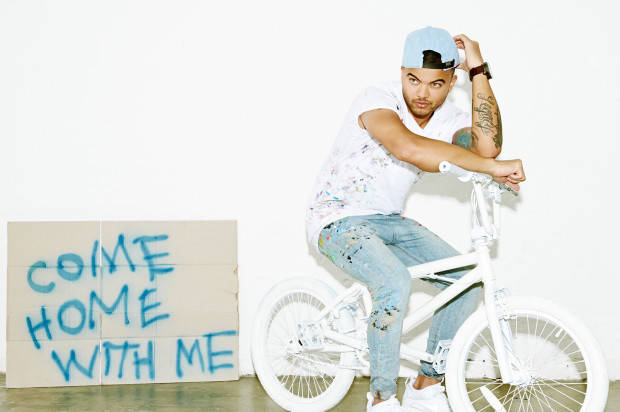 Australian superstar GUY SEBASTIAN has announced today via his social media that he is back and set to release his brand new single, ‘COME HOME WITH ME’, through Sony Music Entertainment Australia on Friday August 8th, 2014.

‘COME HOME WITH ME’ is available to pre order now and is the first taste of what is to come from his highly anticipated forthcoming album, due out later this year.

‘COME HOME WITH ME’ is yet another pop smash from Guy, which he co-wrote with Mario Marchetti (Demi Lovato, Black Eyed Peas) and Britt Burton (Alexandra Burke, The Wanted) and was recorded in both Sydney and Los Angeles. Guy will celebrate the release of ‘COME WITH ME’ with a performance on The X Factor Australia in August.

On this new single, Guy has commented; “The band and I have captured some magic moments in the studio over the last few months, and I hope my fans will love this single as much as I do.”

Guy Sebastian’s national Get Along Tour in 2013 was his biggest tour to date visiting over 40 metro and regional areas across Australia and selling over 65,000 tickets. 2013 was also Guy’s biggest in terms of ARIA nominations, achieving five nominations for ARMAGEDDON for Album of the Year, Best Male Artist, Best Pop Release, and the publicly voted categories of Best Australian Live Act and Song of the Year for ‘Get Along’. Over the course of his career Guy has received 22 ARIA Award Nominations and has received the ARIA Awards in 2013 for Best Pop Release for ARMAGEDDON and Best Live Act, and in 2011 for Highest Selling Single for ‘Angels Brought Me Here’ and 2004 for Highest Selling Single ‘Who’s That Girl’.

Guy Sebastian is the only Australian male artist to have ever achieved six number #1 singles and two #1 albums in chart history. Altogether, Guy has released 11 top ten singles and three other top 15 singles, with six of those singles achieving multi-platinum certification. This includes the 8x platinum and #1 ARIA single ‘Battle Scars’ feat. Lupe Fiasco, which went on to be released in the US peaking at #1 on the Billboard R&B/Hip-Hop Digital Song Chart and achieving certified Platinum accreditation. With 42 Platinum and four Gold certifications as well as combined album and single sales over 3 million in Australia alone, Guy Sebastian is one of Australia’s best success stories.