GUY SEBASTIAN ‘HIGH ON ME’ ALBUM AND TOUR DATES 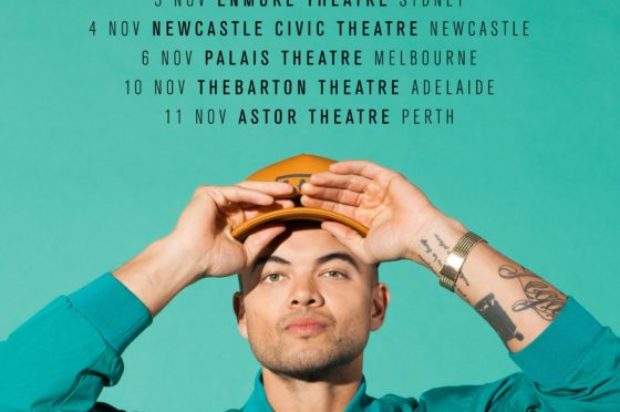 Guy Sebastian has hit the Australian airwaves again with his brand new single ‘High On Me’, out today through Sony Music Entertainment Australia. Written with Fiona Bevan (Ed Sheeran) and produced with Louis Schoorl and M-Phazes, ‘High On Me’ gives another tantalising taste of what’s to come from Sebastian’s forthcoming 10th studio album, CONSCIOUS, set for release on Friday October 27th, 2017. CONSCIOUS will be available to pre order from Friday September 8th. 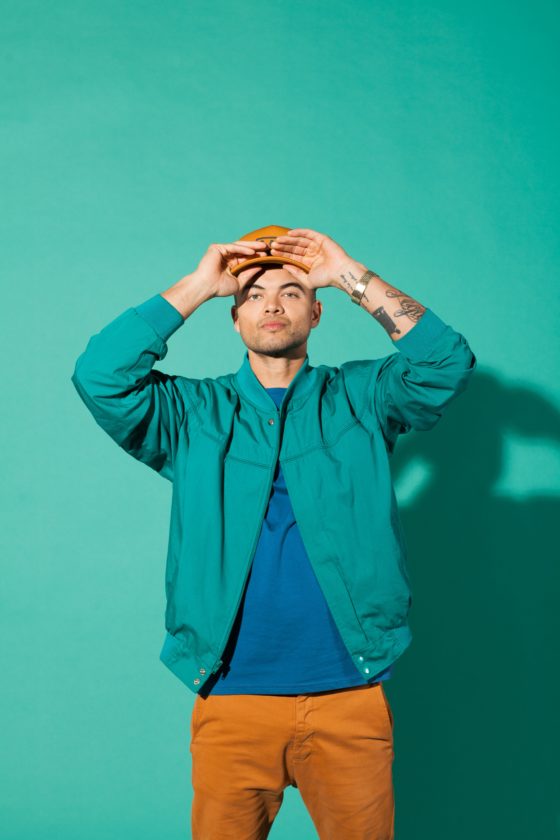 Guy Sebastian has spent over a decade on the road, which has challenged him to maintain a healthy work / life balance and fuelled his conscious decision to spend more time at home over the last 12 months. Despite the huge task of writing and producing his 10th studio album, which in itself requires so much of his focus and energy, Guy decided that it was time to plant his feet and become grounded, even just for a moment.

Guy set himself goals. Mental, spiritual and physical goals. He pushed himself to the limit physically and mentally, forcing the realisation that he has never had a clearer outlook on life than he has right now. It has definitely been an awakening period for Guy and with that has come an invigorated positivity, which was the inspiration for the upbeat new single ‘High On Me’.

“I feel like I’ve had so many ah-ha moments this last year,” explains Guy. “One of the biggest is that every now and again everybody just needs a reason to let go, smile and dance. ‘High On Me’ came about while I was in Bali on a writing trip, surrounded by mountains and yoga enthusiasts who like me seemed high on life at the time! I really wanted to create a soulful earworm that would make young and old want to get up out of their chair and enjoy the moment.”

Stemming from a desire to release something fun and positive out, with a new appreciation for the age-old philosophy that what you put out into the universe comes back to you, ‘High On Me’ is that bit of fun we all need in our day. With its funky soul vibes that encourage a smirk and a groove, ‘High On Me’ is bound to make people smile.

To celebrate the release of his new album, Guy will be hitting the road this coming November on his CONSCIOUS TOUR with special guest, Matt Gresham. All tickets are on sale from Friday September 8th, so for more info and tickets details, head to Guysebastian.com.

Kicking off in Brisbane on Thursday 2 November, Guy Sebastian’s CONSCIOUS TOUR is all about soulful, heartfelt singing and brilliant live musicianship. The dynamic band is made up of some of the best musicians and singers in Australia. The band will be accompanied with electronic and organic elements and world class production. Following Brisbane, the tour will head to Sydney, Newcastle, Melbourne and Adelaide before ending in Perth.

Sebastian is excited to showcase new songs from his forthcoming album along with his greatest hits which will either move you or make you move.

“This album has been one of my most creative projects to date. I am looking forward to creating some magic on the road and showcasing these songs in a way that no one has seen me do before. The tour will be very special. I’m really looking forward to it,” Sebastian said.

Joining Guy as a special guest on the tour is Aussie-born Berlin-based singer/songwriter, Matt Gresham. Gresham has had a whirlwind couple of years signing to Warner Music Germany after showcasing at SXSW in Texas last year. Matt has toured Europe several times and the first single from his up-coming album is due to be released early next year. Gresham might be a new name to Sebastian fans but the buzz has gained Matt over 4 million streams to date.