Headline performances on the Main Stage are always the centre of the party.
The Muster is steeped in tradition, however this year heralds the entry of some brand new experiences to the program –
A massive Thursday night party will launch festivities with Girl Power tribute shows – Raise Your Glass, a tribute to Pink and Rebecca O’Connor As Tina Turner – Simply The Best, set to rock the Crowbar.

Renowned harmonica player Ian Collard will lead a harmonica workshop for all skill levels, and ukulele workshops from the industry’s best will have even novices strumming away in tune.

The Muster is one of the most family friendly festivals around, and something special is always going on for the little ones. Snap’s Kakadu Club’s Lindi Jane and her crew of puppets are sure to get some tiny boots scootin’.

Songs I Wish I’d Written – All Star Showcase will round off the festival Sunday. Beccy Cole, Sara Storer, Drew McAlister, Brad Butcher, Melinda Schneider, Matt Cornell and others will share the songs they wish they’d written from a multitude of genres and eras. 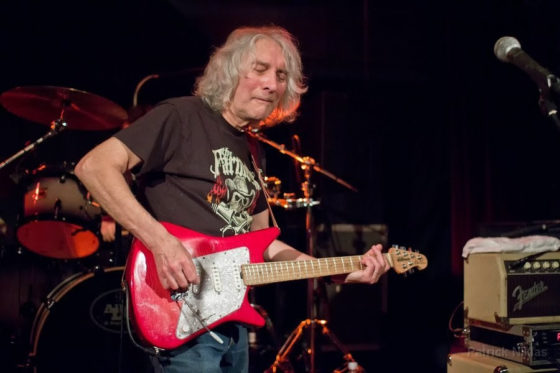 The 2018 Muster also announces the return of some iconic traditions, including…
The Vox Guitar Jam, on Saturday in the Blues and Roots Bar, where patrons can see legendary guitarists – including Lloyd Spiegel, Kevin Borich, Fiona Boyse, Ian Moss, Tim Gaze, Minnie Marks and Phil Emmanuel – shred together. Guitar fans will not want to miss the appearance of Grammy Award-winning British guitarist Albert Lee, who is celebrated by fans and musicians the world over for his hybrid picking technique. A multiple recipient of Guitar Player magazine’s Best Country Guitarist Award, Albert’s energy and involvement with the crowd is unparalleled.

Everyone’s favourite way to get moving, the Muster’s guided Line Dancing and Rock ‘n’ Roll Dancing slots are back – this time, with a live band!

Muster-goers also have the chance to hear about the inspiration behind their favourite songs every day in The Grove, in the Songwriters Sessions. This year’s stellar songwriters include: John Williamson, Travis Collins, Sara Storer, Tania Kernaghan and Casey Barnes + many more.

Every day in the Muster Club, the festival’s own balladeers will be showcasing the best of Australia’s sound in Back to the Bush Ballads featuring Jeff Brown, Bec Hance, Peter Simpson, Anita Ree, Dianne Lindsay, Dean Perrett and Glenn Jones.

The Muster’s intimate Songwriters Sessions at The Grove are a crowd favourite.

And to top it all off, the Muster tradition which represents the true heart of the festival – the Muster Talent Search – will be entertaining the Main Stage crowds from Friday to Sunday. Nurturing new artists and a universal love of music, the talent search is the competition that helped kick start the careers of Mark O’Shea, Drew McAlister, Liam Brew and Brooke McClymont. Topping the prize pool is a once in a lifetime trip to the country music capital of the world, Nashville, USA.
A true Aussie festival experience with a few thousand mates, a million stars and four days of epic live music! Misty campground mornings, cruisy, warm Queensland days and massive late-night parties… This is your year to take on the legend that is the Gympie Music Muster. The 2018 line-up features the legends of Australian blues and country, as well as some fresh faces…

Held in the Amamoor Creek State Forest in the beautiful Sunshine Coast Hinterland, two hours north of Brisbane and 40 minutes from Noosa, the Muster is the perfect way to kick back and enjoy some of the country’s best talent. An unmissable and uniquely Australian event, one ticket price gives Muster goers free camping and multi-venue access to all performances, to experience everything Australia’s biggest country music celebration has to offer.
Run by the community, for the community, the Muster is a not-for-profit charity event which has raised in excess of $15 Million for charities Australia wide since its inception. It also gives a multi-million dollar boost to Queensland’s tourism sector every year, providing an economic boom for the region.
The Gympie Music Muster runs from Thursday August 23 to Sunday August 26, 2018 in the Amamoor Creek State Forest near Gympie. Tickets are available via www.muster.com.au.​