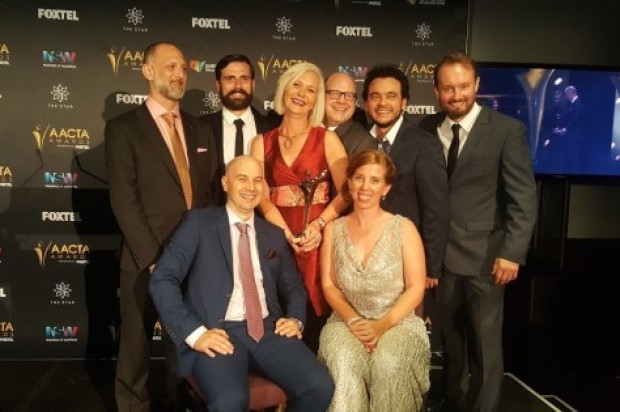 Overnight, the Hollywood Foreign Press Association announced nominations for the film in the Best Motion Picture, Drama category, as well as nods for the film’s Director, Mel Gibson and star, Andrew Garfield. In addition to its haul at the AACTA Awards, the film, shot entirely in NSW with an all-Australian crew, also won local recognition at the GQ Man of the Year Awards where the largely Australian cast was awarded Best Ensemble of the Year.

International awards to date have also included the Director, Editor and Make Up & Hair Styling Awards at the Hollywood Film Awards; Best Action Movie & Best Actor in an Action Movie at the Critics’ Choice Awards; and inclusion in the Top 10 Films of the Year by both the AFI and National Board of Review.

The film was also nominated for nine Satellite Awards including Best Motion Picture, Best Director & Best Actor in a Motion Picture and is tipped to feature strongly amongst the Academy Award nominations when they are announced on January 14 in the US.

HACKSAW RIDGE is the extraordinary true story of Desmond Doss (Andrew Garfield) who, in Okinawa during the bloodiest battle of WWII, saved 75 men without firing or carrying a gun and was the first conscientious objector to be awarded the ‘Congressional Medal of Honor’.