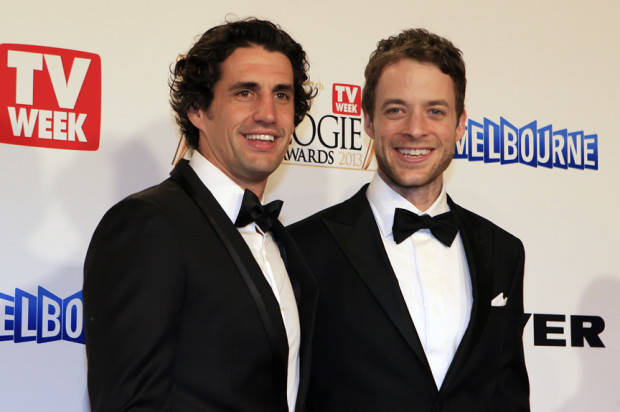 Australia’s favourite comedy duo, Hamish & Andy, are set to return to television in a brand new series for the Nine Network in 2017.

The funloving stars announced details of the new program this morning on the TODAY show, live from the South Pacific, where they are sailing on what they have dubbed The People’s Cruise, together with listeners of their top-rating radio program.

Details of the new TV series, to be made by their Radio Karate production team, are being kept under wraps for now.

Michael Healy, Director of Television for the Nine Network, said: “Hamish and Andy are unique talent in Australia and we’re privileged to enjoy a longstanding relationship with them. The Radio Karate team have now created a bold and exciting new concept that we’re excited to bring to the Nine audience in 2017.”

Hamish Blake commented: “We are rapt to be continuing our journey with the Nine Network and we’re going to spend the rest of the cruise working tirelessly to invent a new cocktail to celebrate the occasion.”

Hamish Blake picked up the TV Week Gold Logie Award for Most Popular Personality on Australian Television in 2012 while Andy Lee was nominated for the top gong in 2013, 2014 and 2015.